A three-under 68 sees Lee top the leaderboard in Rome, while overnight co-leader Henrik Stenson falls three behind after a level-par 71 - watch the third round live from 9am on Sky Sports Golf and Sky Sports Mix. 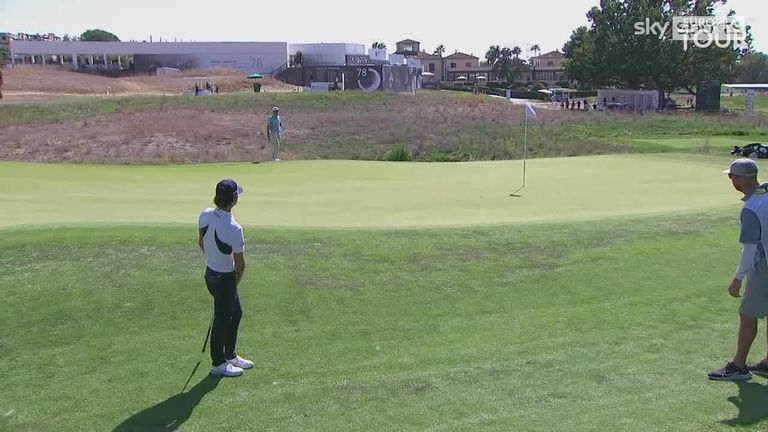 Min Woo Lee holds a two-shot lead at the halfway stage of the DS Automobiles Italian Open, with Tommy Fleetwood and Henrik Stenson in the chasing pack.

The two-time European Tour winner followed an opening-round 64 with a three-under 68 on Friday at Marco Simone Golf Club, taking him to 10 under and two clear of a four-way tie for second.

Fleetwood is joined on eight under by Johannes Veerman, Mikko Korhonen and Adri Arnaus, while Stenson - the overnight co-leader - heads into the weekend three behind as he continues to try and play his way into consideration for a place on Europe's Ryder Cup team.

Lee opened with a five-foot birdie but missed a putt from a similar distance to save par at the sixth, before following a chip-in birdie from off the next green by picking up a shot at the par-five ninth to reach the turn in 33.

The Australian took advantage of the par-five 12th and then made par on each of the closing six holes to close out a bogey-free back nine and put himself in position to challenge for a second win of the season.

Fleetwood also got to 10 under until a penultimate-hole double-bogey left him settling for a second-round 68, a score matched by Arnaus, while Veerman birdied his final two holes to post a four-under 67 and Korhonen carded a bogey-free 66 to also get to eight under.

"This year, especially the second half of the year, I feel like I have got off to a good start in quite a few events and then never really kept it going, so today was good," Fleetwood said.

"I had spells where I hit it really good and then I had spells where it wasn't very good, so I guess that is the game, but all in all very happy to turn up after a couple of weeks off and to have a great couple days, and now a weekend with it all to play for."

Stenson, playing in the group behind Lee, made back-to-back birdies from the fourth before cancelling out a bogey at the seventh and three-putt at the ninth to post successive gains from the 11th.

The Swede was one off the lead until a three-putt double-bogey after a wayward tee shot at the par-three 17th, with a par at the last closing out a level-par 71 and dropping him three strokes back.

The threat of thunderstorms in Rome has resulted in tee times being brought forward for the third round on Saturday. Live coverage will now begin at 9am on Sky Sports Golf and Sky Sports Mix.