McIlroy after his one-shot victory over Collin Morikawa in Las Vegas: "I think for the last few months I was maybe trying to be someone else to try to get better and I sort of realised that being me is enough." 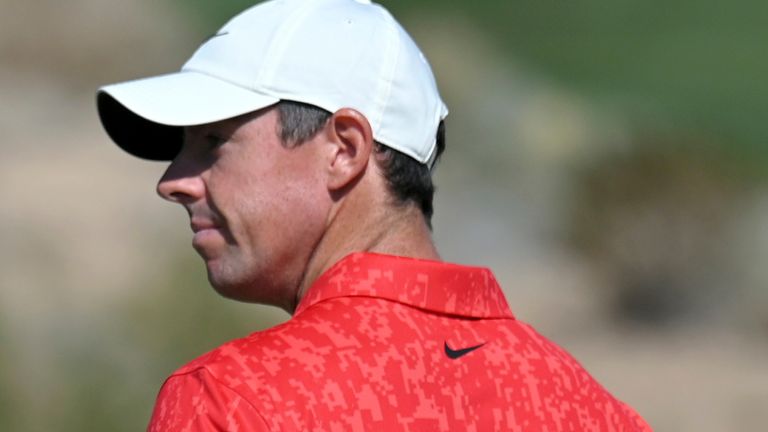 Rory McIlroy believes his emotional Ryder Cup experience helped him make a winning start to the PGA Tour season and claim a historic 20th victory at The CJ Cup.

McIlroy was making his first appearance since being part of Europe's record-breaking defeat at Whistling Straits last month, where the Northern Irishman lost his first three matches and was left in tears during a post-round interview after his singles victory.

The four-time major champion went into the final round at The Summit Club in Las Vegas two strokes behind Rickie Fowler, with a six-under 66 on Sunday enough to end the week on 25 under and finish a shot clear of closest challenger Collin Morikawa.

"It [the Ryder Cup] was huge, it really was," McIlroy said. "I was really disappointed with how I played. I get more emotional thinking about that than even thinking about this [CJ Cup victory]. Yeah, there was a lot of reflection the last couple weeks and this is what I need to do.

"I just need to play golf, I need to simplify it, I need to just be me. I think for the last few months I was maybe trying to be someone else to try to get better and I sort of realised that being me is enough and being me, I can do things like this."

McIlroy is now one of just 39 players in PGA Tour history to win at least 20 titles, with the 32-year-old sitting tied-35th in the all-time standings alongside the likes of Greg Norman and Hale Irwin.

The 20th victory also guarantees McIlroy future Lifetime Membership on the PGA Tour, which will active once he has completed 15 years of participating on Tour at the end of the 2022-23 season.

"It's quite an achievement," McIlroy said. "I still need a couple more years on Tour to get that lifetime exemption, but at least I've got the wins. I was asked that question at the start of the week and it is a pretty big carrot.

"I think to get to 20 wins out here is a big achievement. I didn't know if it was going to be this week, but I knew if I just kept my head down and kept playing well and doing the right things, eventually I'd get there.

"I've been close to starting my season with a win before, I think I finished second or third like eight times, so to get a win, yeah, it's great. It feels really good, some validation of what I've done the last few weeks and just keeps me moving forward."