McIlroy and Morikawa sit nine and 10 strokes back respectively after the opening round of the year on the DP World Tour; Jamieson leads thanks to a bogey-free 63 - watch live on Friday from 3.30am on Sky Sports Golf 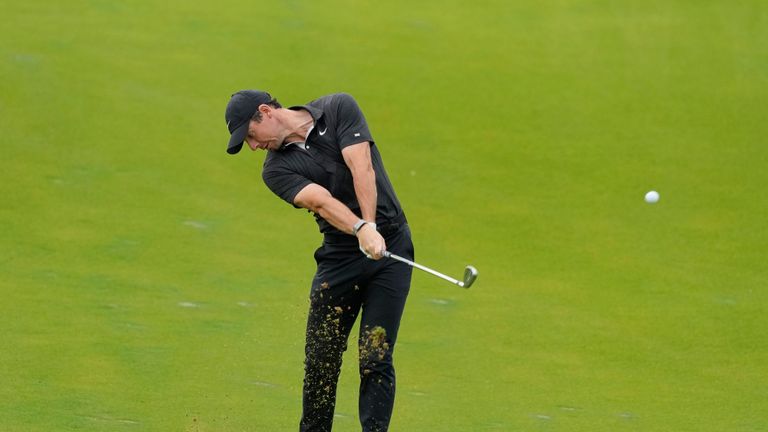 Scott Jamieson grabbed a one-shot lead after the round of the Abu Dhabi HSBC Championship, as Rory McIlroy and Collin Morikawa made slow starts to the first DP World Tour event of the year.

Jamieson carded nine birdies in a bogey-free 63 to top the leaderboard at Yas Links Abu Dhabi, with Viktor Hovland birdying three of his last four holes to get to eight under and second spot ahead of Thomas Pieters.

Defending champion Tyrrell Hatton and Ian Poulter are both in the group three off the pace and Shane Lowry is within four of the early lead, while two-time Abu Dhabi champion Tommy Fleetwood started his season with a four-under 68.

McIlroy and Morikawa came into the event as the two highest-ranked players in the field, but both struggled on the opening day, with the pair nine and ten strokes back respectively heading into Friday's second round.

What went wrong for McIlroy and Morikawa?

McIlroy had an unbelievable record at the event when it used to be held at Abu Dhabi GC, with four runner-up finishes and a further four top-threes in his 11 starts, although has taken time adjust to the new tournament venue.

The four-time major champion failed to take advantage of the par-fives on his way to a level-par 72, mixing four birdies with as many bogeys during a frustrating opening day.

McIlroy, beginning on the back-nine, made a three-putt par at the par-five 11th and then followed back-to-back birdies from the 13th by sending his approach into water at the par-five 18th and dropping a shot. 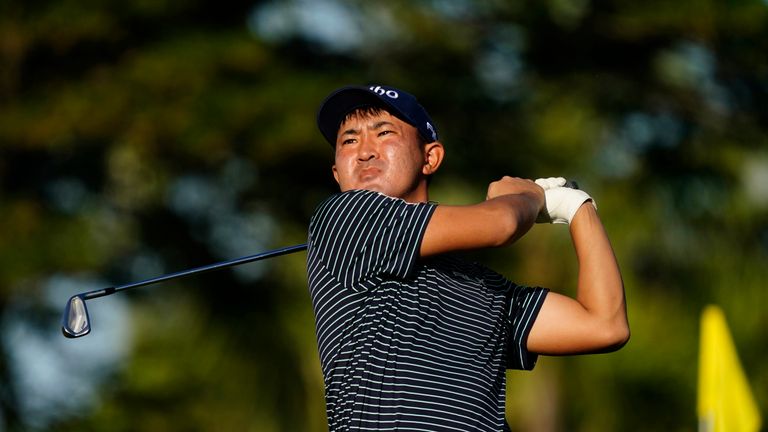 The Northern Irishman failed to convert a six-foot birdie opportunity at the par-five second but posted birdies either side of a dropped shot at the sixth, before finishing an eventful first round with back-to-back bogeys.

Morikawa made the perfect start with a 10-foot birdie on his opening hole, but double-bogeyed the par-three eighth after finding water off the tee. The reigning DP World Tour champion faces a battle to make it through to the weekend after adding one birdie and a bogey on his back nine to sign for a one-over 73.

Scott Jamieson (-9): "It's eight weeks off from tournament golf out here, so you're always a little bit on edge probably to the start of the day. Birdie at the first kind of settled any nerves there was and it was just really solid all day. One tee shot wasn't very good, but I got lucky and recovered well."

Tyrrell Hatton (-6): "I'm quite surprised how I scored today. It didn't actually feel like I played that well. I think I was bogey-free as well. Yeah, it's a good way to start."

Ian Poulter (-6): "I've got a really busy schedule coming up. I'm playing seven of the first eight weeks and I'm not in The Masters, and that's really annoying. I should have had that done at the back end of last year when I should have really taken care of it in a tournament where I was lying top-10 and missed the cut, that was terrible.

"I've come back, I feel fresh, and I'm going to need to stay fresh to obviously give myself a chance to play well early April."

Watch the Abu Dbabi HSBC Championship throughout the week live on Sky Sports. Live coverage continues Friday with Featured Groups from 3.30am on Sky Sports Golf, ahead of full coverage from 7am.