Smith earns $3.6m for his victory and guarantees a five-year exemption on the PGA Tour; Casey falls narrowly short in bid to become the first English winner of The Players; Dustin Johnson finishes tied-ninth after equalling course record with final-round 63 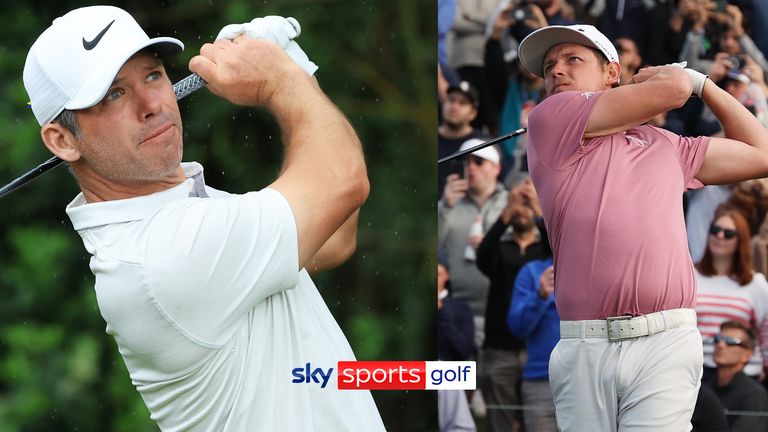 Cameron Smith produced a birdie masterclass and overcame a final-hole scare to produce a thrilling one-shot victory at the Players Championship in Florida.

Smith overturned a two-stroke deficit during a dramatic weather-delayed final round at TPC Sawgrass, birdieing five of his first six holes and bouncing back from three consecutive bogeys to start his back nine with four consecutive birdies.

Clutch par-saves at the 15th and 16th were followed by a brilliant birdie at the par-three 17th, giving the Australian a three-shot cushion, only for him to require a gutsy up-and-down bogey at the last - after inexplicably pitching into the water - close to a six-under 66 and set the target at 13 under. The world No 10's rollercoaster round - containing just four pars - left 54-hole leader Anirban Lahiri requiring a final-hole birdie to take the PGA Tour's flagship event into extra holes, only for the Indian to post a closing par and leave Smith celebrating the biggest win of his career to-date.

Smith scoops the $3.6m jackpot for his second PGA Tour title in five starts, following on from his Sentry Tournament of Champions success in January, while Lahiri ended the marathon Monday in second spot ahead of England's Paul Casey. 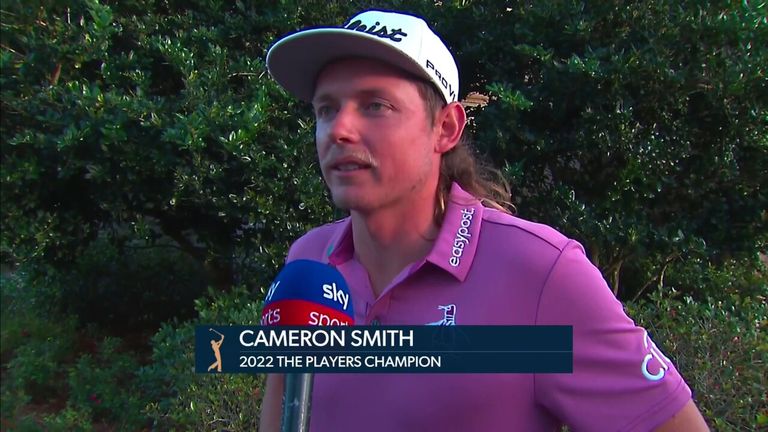 Smith holed from 40 feet at the first to start a run of four consecutive birdies and was two clear after a 10-foot birdie at the sixth, only to miss from six feet at the seventh, drop a shot at the eighth and three-putt from distance at the ninth to card three straight bogeys and reach the turn on nine under.

Lahiri double-bogeyed the eighth after finding trees off the tee and Casey bounced back from bogeying the same hole to birdie the next, keeping both in contention, while Viktor Hovland made a hat-trick of birdies around the turn and Bradley registered four straight birdies from the ninth. 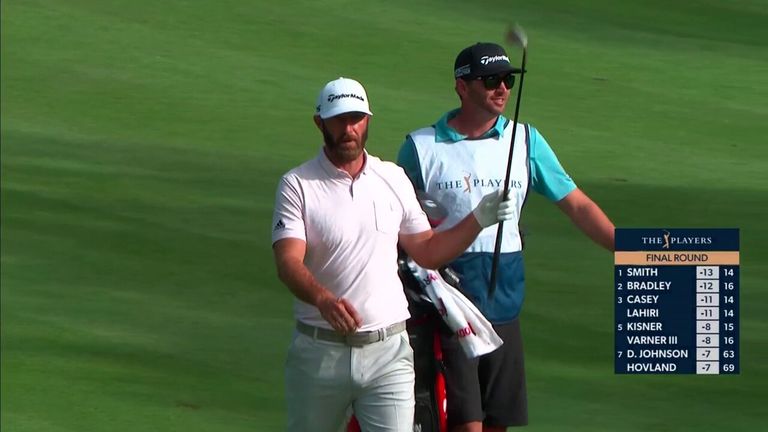 Smith fired his approach at the tenth to tap-in range and Casey almost chipped in from off the 11th green on his way to making it a three-way tie at the top, while Lahiri followed a birdie at the ninth by converting a 15-footer at the 11th to join the growing group on 11 under.

The lead changed hands again when Smith took advantage of the par-five 11th and pitched to close range at the next, where Casey drained from 12 feet to match the Australian's birdie, as Hovland's hopes faded with a bogey at the 15th and missed opportunities on his next two holes. Smith rolled in from 12 feet at the 13th for a fourth straight gain, which opened up a two-shot cushion once again when Casey converted from a similar distance, only for Bradley to keep his hopes alive when he holed a 20-footer from the fringe at the 15th and make a two-putt gain at the next.

Bradley three-putt the par-three 17th and then pitch from the trees into water at the last to end his victory hopes, while Casey's chances all-but ended when he scrambled a five at the 16th after seeing his tee shot finish inside a pitch mark.

Smith seemingly had the title wrapped up when a close-range birdie at the par-three 17th took him three clear, only to send his approach from the trees into water at the par-five last. Having seen Lahiri in the group behind close the gap to two, Smith produced a sublime 60-yard pitch to leave a three-foot bogey to cling onto top spot. Kevin Kinser posted back-to-back 68s to grab fourth spot ahead of Bradley, who dropped three shots over the last two holes to end the week on nine under, while Scotland's Russell Knox claimed a share of sixth after a two-under 70.

Viktor Hovland narrowly missed out on world No 1 after finishing in the share of ninth that included Dustin Johnson, who jumped up the leaderboard when a final-hole eagle saw him equal the course record with a nine-under 63.

Tyrrell Hatton and Shane Lowry both finished in a share of 13th and Rory McIlroy moved into tied-33rd with a closing 66, as Jon Rahm carded a quintuple-bogey for the first time in his PGA Tour career on his way to a five-over 77.

The PGA Tour stays in Florida for the Valspar Championship, live from Thursday on Sky Sports Golf, with the WGC-Dell Technologies Match Play and Valero Texas Open then completing the schedule ahead of The Masters in April.