Matthew NeSmith is the only player bogey-free after 36 holes at the Valspar Championship, with Adam Hadwin in second and Thomas four off the halfway lead in Florida; watch throughout the weekend live on Sky Sports Golf 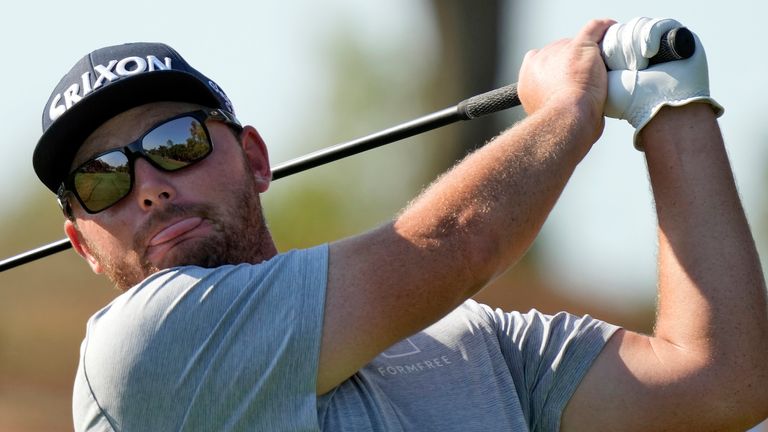 Matthew NeSmith posted the lowest round of his PGA Tour career to move into a two-shot lead at the Valspar Championship, with Justin Thomas part of the chasing pack.

The 28-year-old carded an eagle and eight birdies on his way to a round-of-the-day 61 at the Innisbrook Resort in Palm Harbor, Florida, with the world No 279's remarkable performance four strokes better than anyone else in the field during the second round.

Canada's Adam Hadwin sits two strokes back in second ahead of Sam Burns and Scott Stallings, while Thomas heads into the weekend four behind on 10 under as he chases a first victory of the season.

"I feel like I've been trending the right direction," Thomas said. "I feel like I'm really close to playing some good golf and getting on a run and winning some tournaments. But that being said, it doesn't mean that it's going to happen.

NeSmith followed a two-putt birdie at the par-five 11th by firing a brilliant approach to eight feet at the par-five 13th and holing the eagle putt, with the American then converting a 20-footer at the 15th to reach the turn in 31.

Three birdies in a four-hole stretch from the first - including one from 40 feet at the fourth - lifted NeSmith up the leaderboard, with a hat-trick of birdies from the sixth seeing him tie the course record set by Padraig Harrington in 2012.

"I didn't write any scores down until the scoring tent," NeSmith said. "It was a really fun day out there, I played some really good golf and did a lot of the really right things that I've been working on.

"So at some point in time that falls on me and that falls on how I act and how I think and how I want to feel. And so I'm done getting in my own way. And if it affects the way I play in a bad way, that's fine, but I'm done with the anxiety."

Hadwin had set the initial clubhouse target after a four-under 67, a score matched by Stallings in tied-third, while Thomas briefly held a share of the lead after nailing a 45-foot birdie at the fourth but then double-bogeyed the sixth.

Tommy Fleetwood and Matt Fitzpatrick are both in the group tied-10th that also contains Martin Kaymer, Gary Woodland and Louis Oosthuizen, with Tyrrell Hatton a further stroke back after successive 68s.

Viktor Hovland drained a 35-foot birdie on his penultimate hole to make the cut on the number, while former major winners Bubba Watson, Danny Willett, Jason Day and Francesco Molinari were among the players to suffer an early exit.

Watch the Valspar Championship throughout the week live on Sky Sports. Live coverage continues Saturday from 3pm on Sky Sports Golf, ahead of full coverage from 5pm.