Kim carded back-to-back 67s to hold the halfway lead in Hawaii; Scotland's Gemma Dryburgh seven back after second-round 73 and Jodi Ewart Shadoff follows opening-round 67 with five-over 77 to fall 10 shots behind 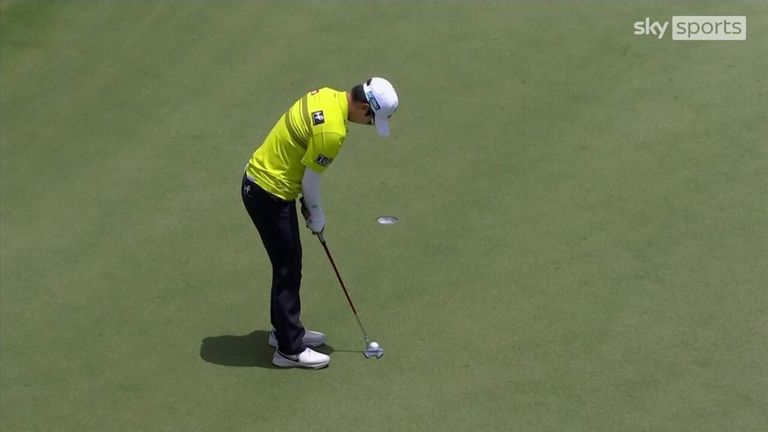 Gemma Dryburgh and Jodi Ewart Shadoff were unable to build on their fast starts to the Lotte Championship, where Hyo Joo Kim opened a three-stroke halfway lead.

Dryburgh and Ewart Shadoff were both just a shot off the pace after the opening day in Hawaii, only to fall six and ten strokes back respectively after rounds of 73 and 77 on Thursday.

Kim carded a second successive bogey-free 67 to move to 10 under, with a chip-in from off the sixth green one of five birdies in her round at Hoakalei Country Club, while Australia's Sarah Kemp holds second place after carding her third hole-out of the week on her way to a three-under 69.

"I couldn't believe that I had another one today," said Kemp, who followed hole-outs on the sixth and 10th on Wednesday by chipping in from off the 14th green during the second round. "My caddie sort of joked and he's like, I'll just hit you just short on most of these then."

Thailand's Ariya Jutanugarn and South Korea's Haeji Kang share third on six under, with South Korean duo A Lim Kim and Na Rin An in a share of fifth place after carding second-round 67s.

Dryburgh slipped down the leaderboard after mixing three birdies with four bogeys on Thursday, while Northern Ireland's Stephanie Meadow moved into tied-11th after two birdies over the final three holes gave her a two-under 70.

First-round leader Hannah Green followed her first-round 66 with a four-over 76 on Thursday and heads into the final two rounds eight behind, with European Solheim Cup starts Georgia Hall and Leona Maguire both struggling to second-round 75.

The 10th edition of the event is being played at Hoakalei Country Club for the first time, having been held at Kapolei Golf Club last year following eight years at Ko Olina Golf Club.