Spieth moves back into the world's top 10 after pipping Patrick Cantlay to play-off success in South Carolina; 13th PGA Tour victory is the three-time major winner's second title in as many years on Easter Sunday Jordan Spieth admitted the frustration of missing the cut at The Masters helped fuel him to victory at the RBC Heritage.

Spieth, who claimed his maiden major victory at the 2015 Masters and has registered three further top-three finishes at Augusta National, made a surprise early exit from the opening men's major of the year last week.

The former world No 1 bounced back at Harbour Town Golf Club to secure a 13th PGA Tour title, overturning a three-stroke deficit on the final day before defeating Ryder Cup team-mate Patrick Cantlay on the first extra play-off hole. 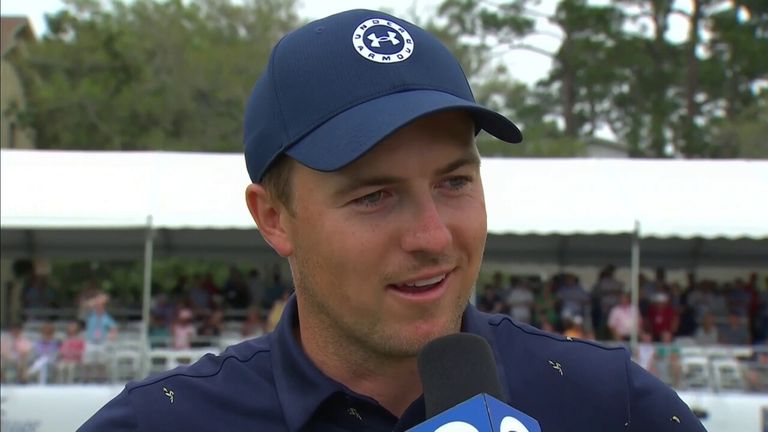 "I've never missed a cut at the Masters before and very rarely had not had a chance to win on the weekend, so I hated it," Spieth admitted. "It was the worst feeling as a golfer that I can remember.

"It's my favorite tournament in the world and I just love contending at that event. I was hitting it really, really well and honestly just didn't feel like I deserved to miss that cut. I felt like I hit shots right where I wanted to and ended up somehow at six over.

"It wasn't playing easy, but I felt like I got some unfortunate breaks on some pretty committed and nice shots. I've been hitting the ball really, really well all spring, better than I did last year, and I just haven't been scoring. So I just, I put in a lot of hours on the putting green this week, and to be honest, if it helped incrementally, it was just enough. 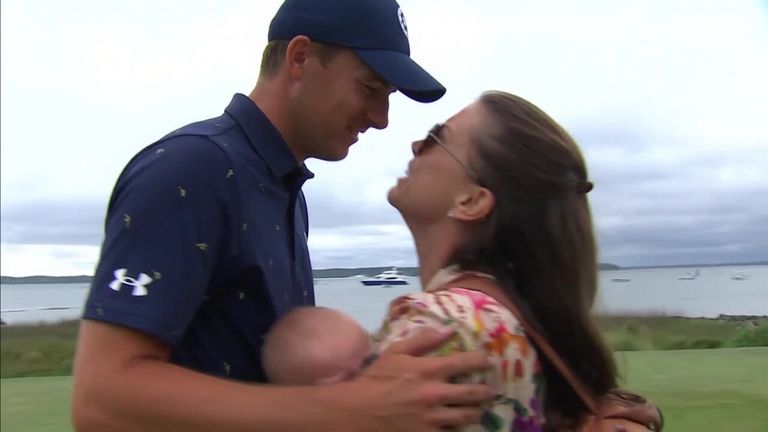 "I've got a lot more work to do. I've been putting a lot of work into my full swing, and that certainly takes away some of the time you put into other parts of your game, including putting. I think I can kind of shift the other direction now and get to really working on the stroke, which is what I tried to do this week off of last week. That was the frustration."

Spieth eagled two of his opening five holes and added a 15-foot birdie at the eighth, before cancelling out close-range bogeys at the ninth and 11th by picking up shots at the 13th and 18th to set the clubhouse target. 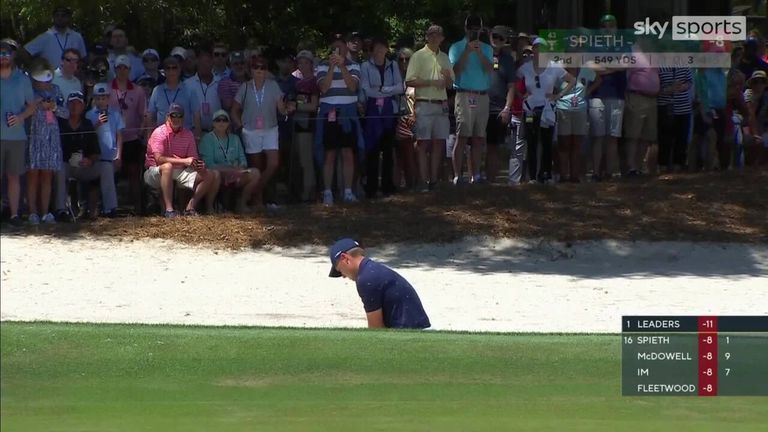 Cantlay missed a birdie opportunity on the 72nd hole to win the event outright, while Shane Lowry, Harold Varner III, Sepp Straka, Erik van Rooyen, Cam Davis and Cameron Young all held the lead at some point during an epic Sunday.

"I needed a lot of things to go right. I needed to birdie the 18th then needed some help, got some help, dodged a bunch of bullets coming in, and ended up in a one-on-one play-off where my lie in the bunker, although not great, was certainly better than Patrick's.

"Yeah, it's a bit of a surprise. I definitely felt like I was putting myself in the position hole to hole this week to win a golf tournament, and I just was having a hard time early in the week adjusting to the speed differences from last week.

"The hole started to look small to me yesterday. Came out today and said I'm not going to leave one putt short and if they miss, they miss, and just try to be a little bit more aggressive. Made just enough to cap it and win."

Cantlay posted a final-round 68 but failed to get up and down from a plugged lie in the bunker on the first extra hole, seeing him fall to his second play-off loss of the season. The FedExCup champion, who moves to world No 4, also lost out at the WM Phoenix Open when Scottie Scheffler claimed the first of four wins in six PGA Tour starts,

The next PGA Tour event is a two-man team competition, with the Zurich Classic of New Orleans live on Thursday from 1pm via the red button and 6pm on Sky Sports Golf.