Cameron Smith one shot clear of field at halfway stage after second-round 69; Rory McIlroy only three shots off; Adam Hadwin hit hole in one on Friday at Muirfield Village Golf Club; watch day three live on Sky Sports Golf on Saturday from 12.30pm via the red button 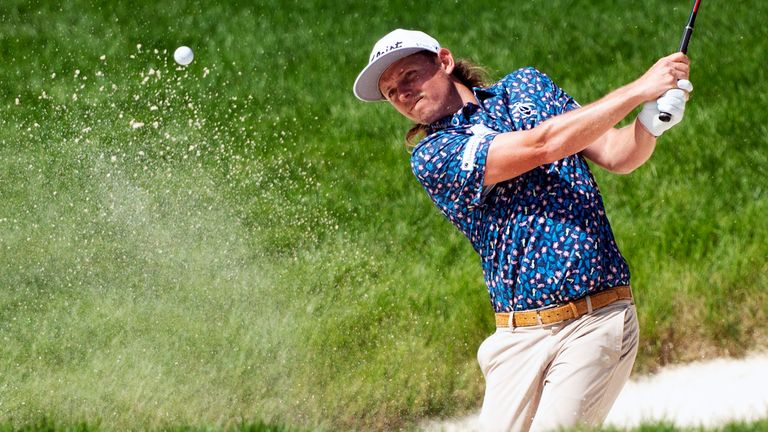 Cameron Smith pulled ahead of the field to take a one-shot lead at halfway point of the Memorial Tournament in Ohio.

The world number three, who started the day in a six-way tie at the top, mixed four birdies with a bogey as the Australian carded a 69 to finish eight under par at Muirfield Village Golf Club.

Denny McCarthy of the US and South Korean KH Lee were each one stroke behind, followed closely at six under by Americans Davis Riley, Cameron Young, Luke List, Billy Horschel and Venezuela's Jhonattan Vegas.

Northern Irishman Rory McIlroy and Aaron Wise of the US each shot a 69 to be five under at the Jack Nicklaus-founded tournament, while Ireland's Shane Lowry failed to improve on his opening 69 to be at three under following a round of 72. 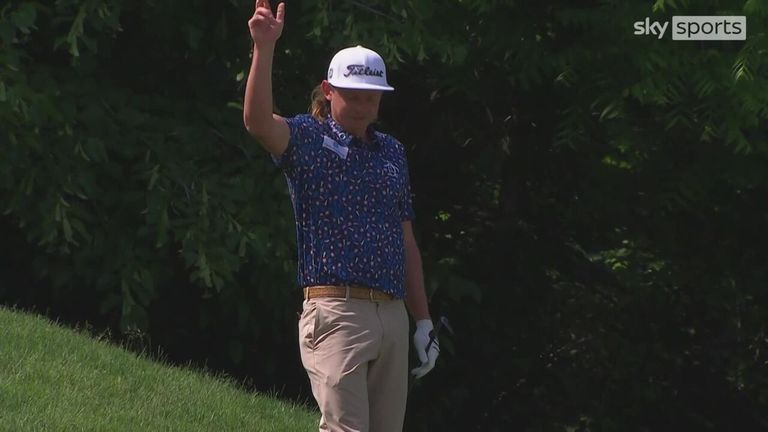 Reigning champion Patrick Cantlay was also at three under while 2020 victor Jon Rahm was a further stroke behind.

Smith's last birdie of the day came from off the green at the par-3 12th hole. His chip barely landed on the green, and it rode a downslope from there for a holeout of almost 36 feet.

"Really happy with where my short game's at," Smith said. "I feel like I'm rolling the ball really good. Just need to sort out that longer stuff. Didn't really hit many fairways on the back greens, but just need to hit a few balls and sort it out."

If Smith goes on to win the tournament, he would join Tiger Woods (2001) as the only men to win the Players Championship and the Memorial in the same season. 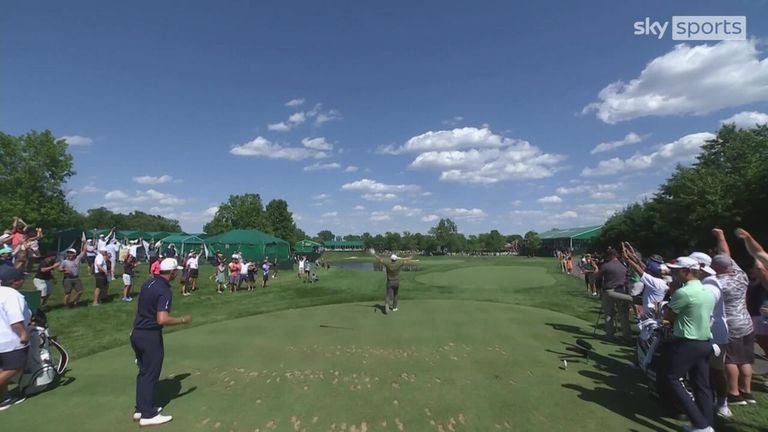 Smith said "there's no reason why I shouldn't be" near the top of the leaderboard each week now.

"I'm playing some of the best golf of my life, and I feel I'm getting more consistent with the longer stuff," he said. "So just looking forward to everything coming up."

Lee won last month's AT&T Byron Nelson and continued his stellar stretch of form with a 67 and a 70 in his first two rounds in Ohio. He made four birdies and two bogeys Friday.

McCarthy, meanwhile, is ranked No. 145 in the world and in search of his first win on tour. Starting on the back nine Friday, he made three birdies in a five-hole stretch and finished the day with five birdies against two bogeys for a 69.

Canada's Adam Hadwin made the first hole-in-one of his PGA Tour career, knocking a 7 iron at the par-3 16th right in line with the flagstick. He shot a 68 to get to even par, tied for 39th with Viktor Hovland of Norway, Jordan Spieth, Rickie Fowler and others.

Scotland's Martin Laird made the cut for Saturday at one over and was joined by Englishman Aaron Rai at two over, though Matt Fitzpatrick, Luke Donald, Seamus Power, Danny Willett and Russell Knox all missed out along with 2020 US Open winner Bryson DeChambeau.

It was DeChambeau's first start since recovering from wrist surgery he had in April.