US Open: Rory McIlroy pleased with strong start in Brookline; Explains 'frustrations' from opening round

No player has won a major the week after a PGA Tour victory since McIlroy achieved successive wins in 2014; Former world No 1 looking for a fifth major title and first since 2014 PGA Championship - watch the US Open live this week on Sky Sports Golf

By Ali Stafford in Brookline 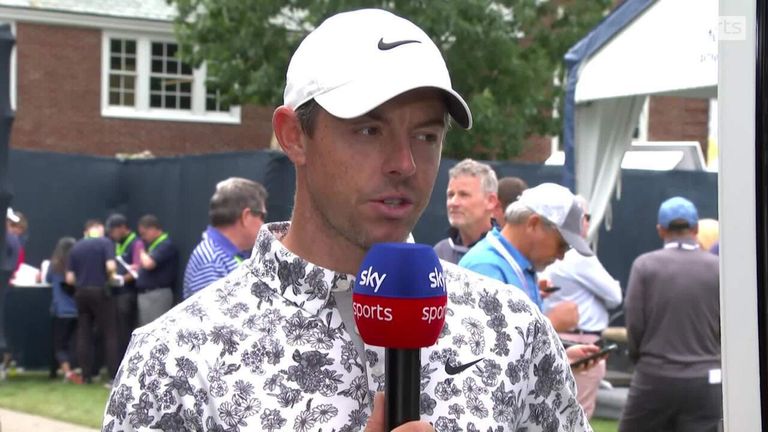 Rory McIlroy was pleased with another strong start to a major at the 122nd US Open, despite letting his frustrations get the better of him during his opening round in Brookline.

The world No 3 followed last week's RBC Canadian Open victory by posting an opening-round 67 at The Country Club, mixing four birdies with a lone bogey to sit in a four-way tie for the early lead.

McIlroy also led after the first day at last month's PGA Championship, having previously had a torrid first-round record in majors, with the Northern Irishman now hoping to build on an encouraging display and chase a first major victory since 2014. 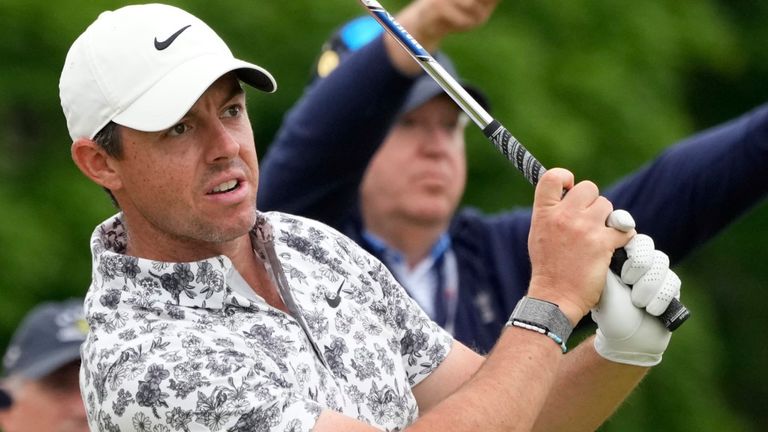 "A really solid start," McIlroy said. "You'd take 67 around this golf course any day. Even though I'm standing up here slightly frustrated that I bogeyed the last, it's a great start to the tournament.

"I felt like I did most things well. I certainly putted well, and I hit the ball in the right spots, and I hit a lot of greens, gave myself plenty of chances. Just basically did everything that you need to do at a US Open. 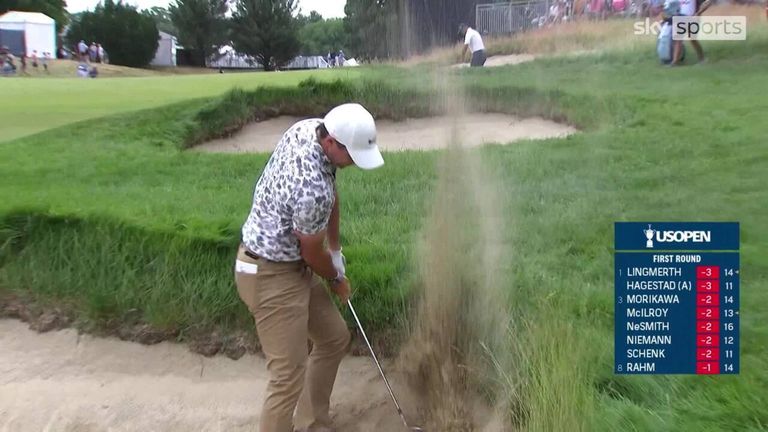 Starting on the back nine, McIlroy holed from eight feet at the 13th and 12 feet at the 15th to save par before registering his first birdie of the day when he rolled in a 20-footer at the par-three 16th. 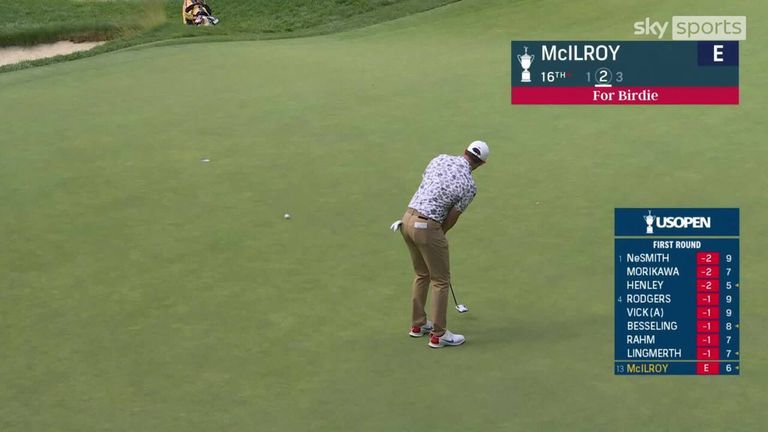 McIlroy failed to convert a seven-foot birdie look at the 17th but picked up a shot at the par-four next to reach the turn in 33, with the Northern Irishman then gauging out of thick grass and making a 15-footer to save par at the par-three second.

The four-time major champion took angry swipes at a fairway bunker after going from sand to sand, where he converted another clutch par-save from 15 feet, while a birdie at the seventh moved alongside England's Callum Tarren at the top of the leaderboard.

McIlroy took advantage of the par-five eighth to briefly move into the solo lead, only to find thick rough with his approach into the ninth - his final hole - and two-putt from 12 feet for a closing bogey.

"The guys in front of us were playing so slow," McIlroy added. "They were like a hole or hole-and-a-half behind the group in front of them. So yeah, that was a little frustrating. 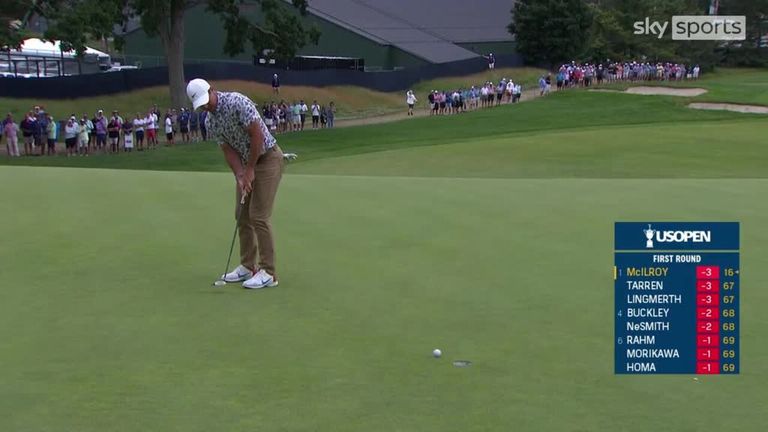 "Some of these reactions that maybe you saw out there today, whether it be hitting the sand on five or the club throw on nine, you just have to be so precise and so exact at this golf tournament, maybe, compared to some others.

"Any little thing that doesn't quite go right, you're sort of putting yourself behind the eight-ball. The margins are just so fine in this tournament, and I think you can sort of see that out there with some of the reactions."

McIlroy is joined on three under by Sweden's David Lingmerth, American Joel Dahmen and England's Callum Tarren, who produced a battling display in just his second major appearance to set the initial clubhouse target. 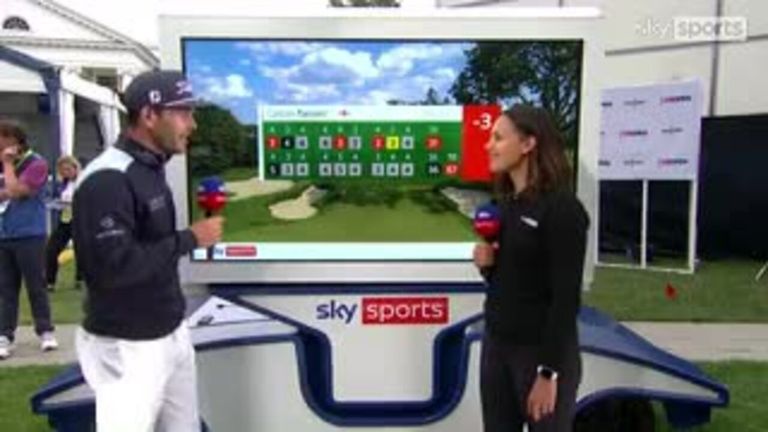 The world No 445, who has only made seven cuts in his last 19 starts, was over par for his round with five holes remaining before an eagle and two birdies in a four-hole stretch helped him to an opening-round 67.

"I'm kind of pinching myself because I didn't realise it was on the top of the leaderboard until I pulled that final putt on the 9th hole," Tarren said. "Just excited with my start, and let's see what the next few days holds.

"I started off a little bit shaky. I won't lie, I was nervous. I had, I think, 25 feet on my first hole and three-putted it, which wasn't great, but then after three or four holes I kind of settled into the round.

"My caddie just kept saying, fairways, greens, pars are really good, and they are in a US Open. I think I made a birdie on one to get to even and then gave it straight back. I knew there were chances coming in, so I stayed patient and tried to execute the golf shots I had in front of me, and happily I did."

Watch the 122nd US Open throughout the week live on Sky Sports. Live coverage continues on Friday on 1pm on Sky Sports Golf and Sky Sports Main Event.