Sunday scenarios at the US Open: What could happen in the final round at The Country Club in Brookline?

Matt Fitzpatrick and Will Zalatoris take a share of the lead into the final round at The Country Club, with defending champion Jon Rahm a shot back in third; Watch the final round on Sunday from 2pm live on Sky Sports Golf

By Ali Stafford in Brookline

Who will win the US Open? Which records could be broken on the final day in Brookline? We look at six potential scenarios going into what is set to be a special major Sunday...

A breakthrough victory for Zalatoris?

Will Zalatoris is still searching for a long-awaited maiden PGA Tour title, although a brilliant third-round 67 has bolstered his chances of making that first victory in a major.

Zalatoris finished runner-up at The Masters last year and has already lost out in two play-offs in 2022, missing out to Luke List at the Farmers Insurance Open and being beaten by Justin Thomas in extra holes at last month's PGA Championship. 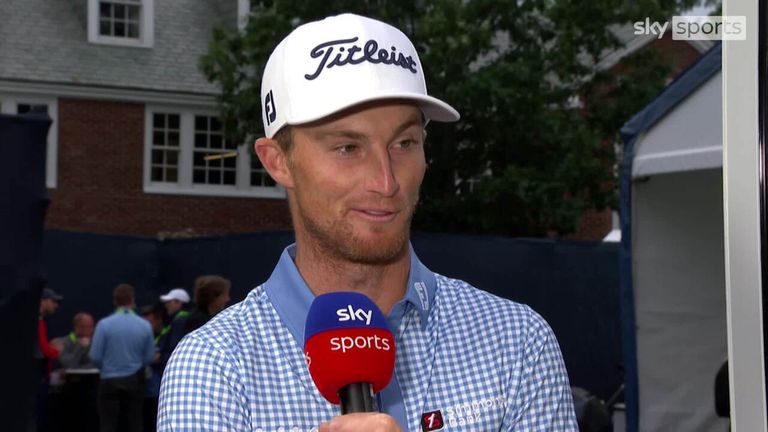 Arnold Palmer was the last player to follow a major play-off loss with a win in the next major some 60 years ago, but can Zalatoris change that at The Country Club?

Another Brookline win for Fitzpatrick?

Only three Englishmen over the past 100 years have won the US Open; Cyril Walker, Tony Jacklin and Justin Rose, with Matt Fitzpatrick in prime position to join that elite group at the venue where he won the US Amateur in 2013. 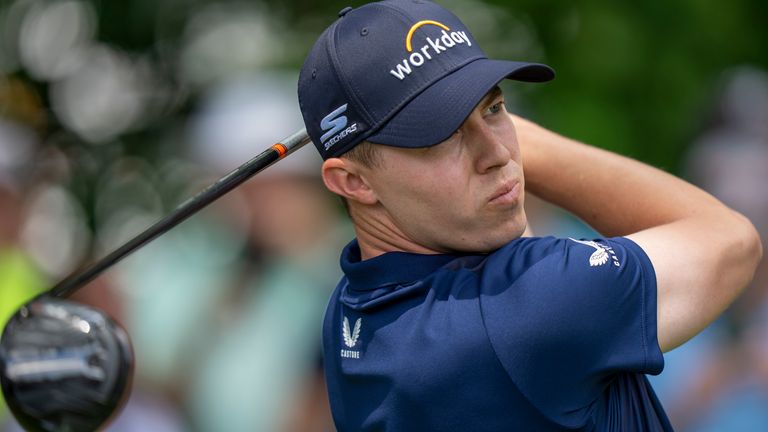 Danny Willett was the last player to make their maiden PGA Tour title a major, winning The Masters in 2016, with Graeme McDowell, Louis Oosthuizen, Martin Kaymer and Charl Schwartzel among the other players to do so.

Fitzpatrick heads into the final day on four under alongside Zalatoris, having finished a two-under 68 with a final-hole bogey, with the 27-year-old primed to build on a strong first half of the year and challenge for an elusive victory on American soil.

Even if Zalatoris or Fitzpatrick isn't the man lifting the trophy on Sunday evening, there are plenty of other players at the business end of the leaderboard who could still secure a maiden major title.

Thirteen of the past 17 US Opens have been won by first-time major champions, with Sam Burns and Adam Hadwin among the players in the running to make it 14 in 18. 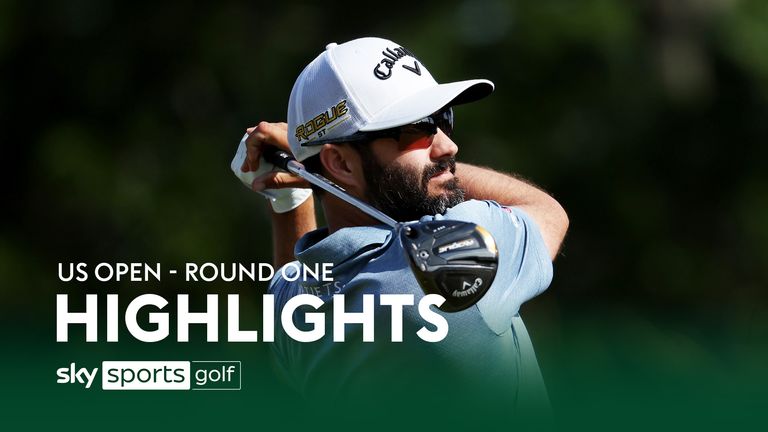 Hadwin - the first-round leader - scrambled to a level-par 70 to stay within two of the lead, while Burns is three off the pace after a third-round 71. Halfway joint-leader Joel Dahmen remains an outside contender, with Ireland's Seamus Power five strokes adrift going into the final day.

A successful title defence for Rahm?

Rahm remains in the running to become just the fourth player since World War Two to claim back-to-back US Open titles, despite suffering a nightmare finish to his third round. 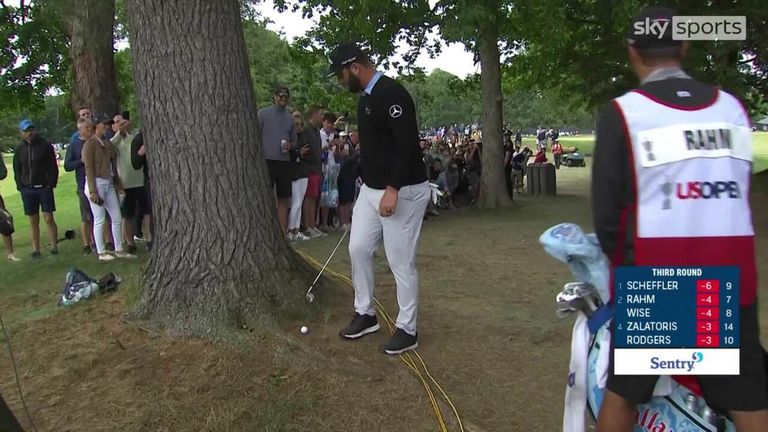 Only Ben Hogan, Curtis Strange and more recently Brooks Koepka have won the event in successive seasons, with Rahm looking to join that club after last year's impressive victory at Torrey Pines.

Rahm held a one-shot lead with a hole to play, only to take two attempts to get out of a fairway bunker on his way to a double-bogey six at the par-four last. The Spaniard heads into the final day in third spot and a shot off the pace.

A historic success for McIlroy?

No player in modern PGA Tour history has won the week before winning the US Open, but McIlroy still has the opportunity to change that record despite a disappointing Saturday in Brookline. 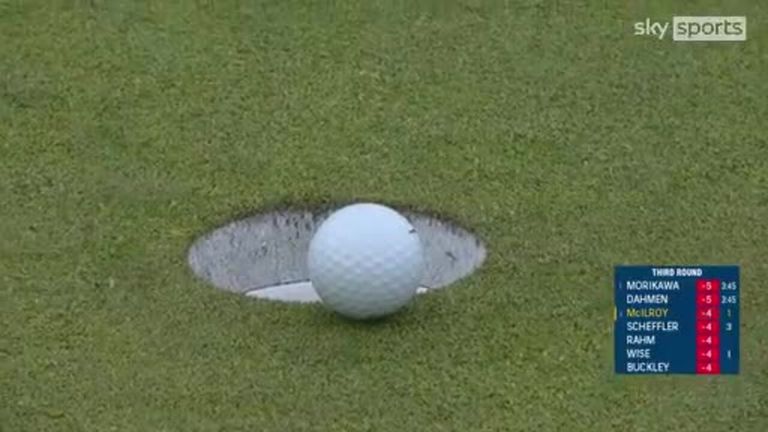 McIlroy followed rounds of 67 and 69 with a three-over 73 to fall three strokes off the pace, meaning the former world No 1 is going to need to impress on the final day to challenge for a first major victory since 2014.

The Northern Irishman bogeyed three of his opening six holes but holed par-saves from 10 feet or further three times on his back nine, keeping himself inside the top-seven and in the running to win the US Open for a second time.

A Sunday charge for Scheffler?

Seven players have won The Masters and US Open in the same year, with Scottie Scheffler still in with an outside chance of joining that club and claiming a fifth PGA Tour victory of the season. 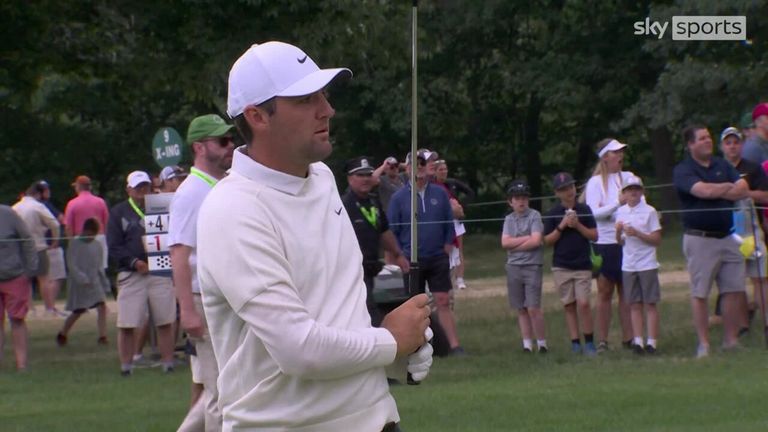 Scheffler has already won the WM Phoenix Open, Arnold Palmer Invitational, WGC-Dell Technologies Match Play this year, along with that victory at Augusta National, with the world No 1 just three off the pace heading into the final day.

Tiger Woods remains the only player to win the US Open as a world No 1, a feat he managed three times in his career, with Scheffler looking to match Woods' record and become a two-time major champion.

Who will win the 122nd US Open? Watch the final round live on Sunday from 2pm on Sky Sports Golf and Sky Sports Main Event!