JT Poston's victory is his first PGA Tour title since August 2019 and earns him one of three spots for The Open via the Open Qualifying Series; Christiaan Bezuidenhout and Emiliano Grillo also book places in the field for the final men's major of the year 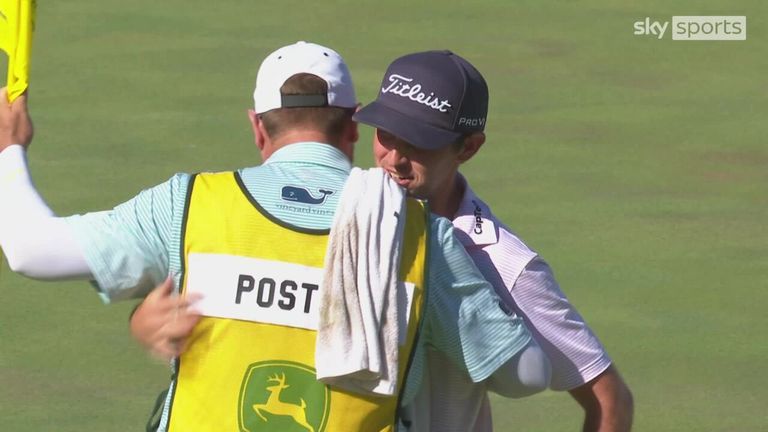 JT Poston secured himself a debut in The Open later this month at St Andrews after completing a wire-to-wire victory at the PGA Tour’s John Deere Classic.

Poston never relinquished his lead on the final day at TPC Deere Run, posting a two-under 69 to end the week on 21 under and claim a second PGA Tour title.

Christiaan Bezuidenhout and Emiliano Grillo finished three strokes back in a share of second, with the top three all securing spots in the final men's major of the year via the Open Qualifying Series. 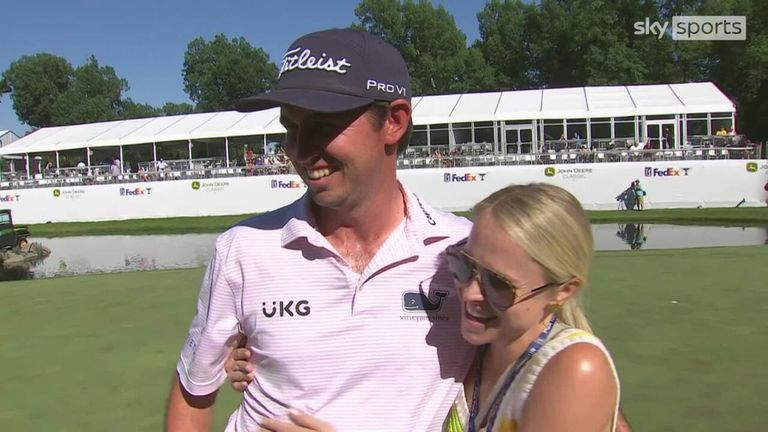 "I've always wanted to play in one of those at any of the venues, but for my first one to be at St Andrews and for the 150th - I can't wait there and can't wait to see what it's like!" Poston said.

Poston took a three-shot lead into the final day and pulled further clear when he followed back-to-back birdies over his first two holes by holing a 25-footer from the fringe at the par-four next.

The American made a three-putt bogey at the fifth, missing from four feet, and failed to get up and down from a greenside bunker to save par at the next, although holed from six feet at the seventh to avoid a third consecutive dropped shot.

Poston ended a run of 10 straight pars by rolling in a six-foot birdie at the par-five 17th, taking him back three clear, with a two-putt par at the last completing a first PGA Tour victory since the 2019 Wyndham Championship.

Bezuidenhout birdied three of his last five holes to close a bogey-free 66 and secure a first top-10 of the year on the PGA Tour, with Grillo mixed four birdies with two bogeys on the final day to also finish on 18 under and tied-second.

Christopher Gotterup finished a place outside The Open spots in a share of fourth, despite finishing a five-under 66 with three consecutive birdies, with Scott Stallings also one spot short having missed a seven-foot birdie opportunity on his penultimate hole.

England's Callum Tarren ended the week in tied-sixth after a one-under 70, while Matthias Schwab slipped down the leaderboard with a final-round 72.

Next week's PGA Tour events are both co-sanctioned with the DP World Tour, with the Genesis Scottish Open and the Barbasol Championship both live from Thursday on Sky Sports Golf.