Kim becomes youngest player since Jordan Spieth and second-youngest since World War Two to win on the PGA Tour; Korean makes an eagle, eight birdies and a lone bogey during a brilliant final round in North Carolina 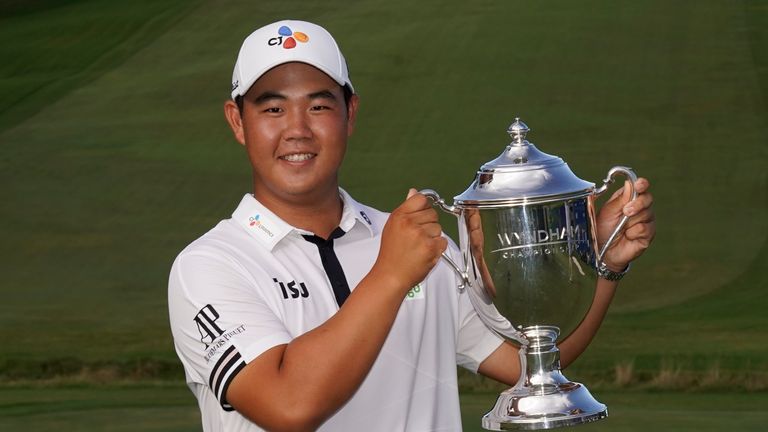 Joohyung Kim became the second-youngest winner on the PGA Tour this century and first born in the 2000s are easing to an impressive five-stroke victory at the Wyndham Championship.

Kim, who quadruple-bogeyed his opening hole of the tournament on Thursday, went into the final round two strokes off the pace but pulled clear of the field by playing an eight-hole stretch in eight under on his way to a brilliant nine-under 61. 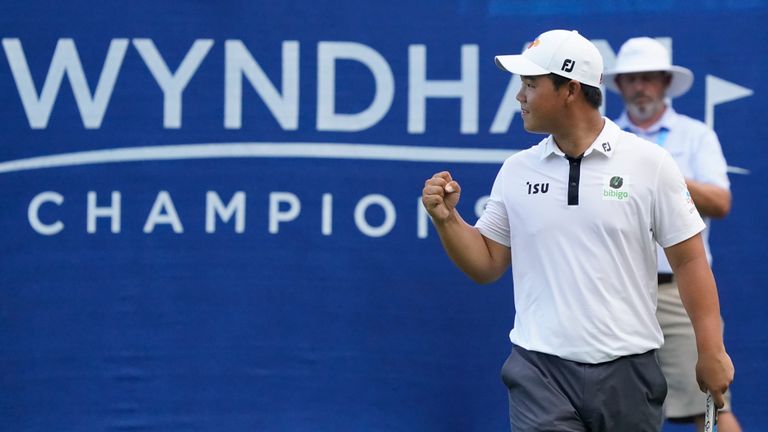 The 20-year-old ended the week on 20 under and well ahead of compatriot Sungjae Im, who holed out from the fifth fairway for eagle and birdied three of his last five holes in a final-round 68, with John Huh also sharing second on 15 under.

Victory sees Kim become a full-time member of the PGA Tour and makes him eligible to compete in the season-ending FedExCup play-offs, which begin on Thursday at the FedEx St Jude Championship.

Kim holed putts from 20 feet and 25 feet to post back-to-back birdies from the second and added another from 12 feet at the fourth, before a brilliant approach into the par-five fifth set up an eight-foot eagle and took him five under after just five holes.

A 20-foot birdie at the next was followed by an impressive save from half the distance at the seventh, with successive gains from the eighth seeing Kim reach the turn in 27 and equal the second-lowest nine-hole score in PGA Tour history. 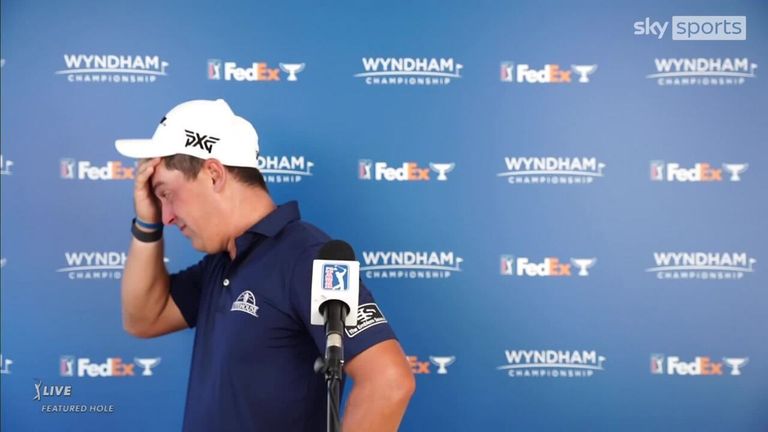 Kim started his back nine with a bogey after a wayward tee shot and missed a six-foot birdie opportunity at the par-three 12th, only to end a run of pars by making a two-putt birdie at the par-five 15th.

A superb tee-shot into the par-three 16th set up a close-range birdie to move Kim to nine under and leaving him requiring a birdie-birdie finish to card a sub-60 round, only for him to complete a resounding victory with back-to-back pars.

Im missed out on the chance for solo second when he bogeyed his final hole, while Huh matched the Korean's eagle at the par-five fifth and claimed the joint runner-up finish after a three-under 67.

Ben Griffin claimed fourth spot ahead of Max McGreevy, Russell Henley and Taylor Moore, while England's Tyrrell Hatton moved into tied-eighth and 11 under after a final-round 64.

Watch the FedExCup Playoffs live this August on Sky Sports. Live coverage of the FedEx St Jude Championship begins on Thursday from 1.15pm via the red button and 6pm on Sky Sports Golf.