Monahan reassured European golf fans about the strength of the DP World Tour, discussed the changes to the PGA Tour schedule and addressed the bid by LIV Golf to be given world ranking status by the OWGR PGA Tour commissioner Jay Monahan insists their strategic alliance with the DP World Tour is benefitting golf fans globally and that the partnership is helping to grow the game.

The two tours announced an expansion of their partnership in June, guaranteeing a growth in prize funds on the DP World Tour and offering its members a direct pathway to earning PGA Tour cards.

"Our alliance is going to continue to take shape and serve to the benefit of golf fans throughout Europe and throughout the world," Monahan told Sky Sports. "The DP World Tour and Keith Pelley are going to be a huge part of that.

"We're going to continue to talk about ways we can continue to add value and strength to the DP World Tour.

"If you're a fan of professional golf at the highest level, having these two tours coming together is going to continue to benefit you. That's who we're serving, and we'll continue to do that."

The PGA Tour will return to a calendar-year schedule in 2024 and has assurances from the world's top players to feature in elevated events, with Monahan confident that the switch can benefit golf fans. 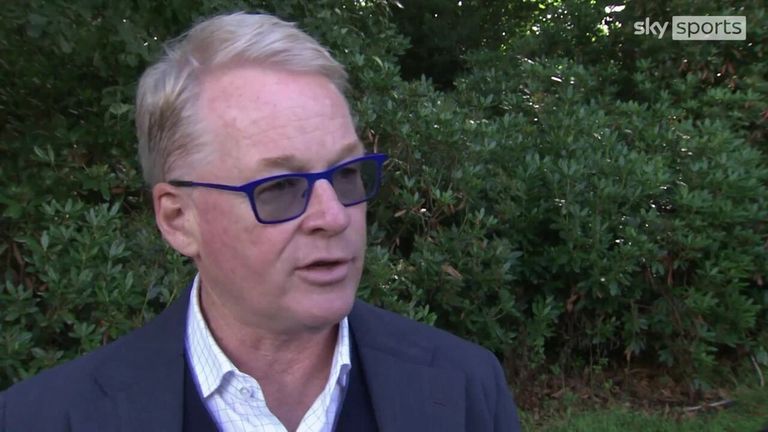 "You're going to have more heat, more intensity in the heart of the competitive framework of our schedule - around the big championships.

"This comes on the heels of what fans have continued to see and experience on the PGA Tour and the DP World Tour - this excitement that continues to build and support the growth of this game."

The PGA Tour and DP World Tour have seen some members compete in the new Saudi-backed LIV Golf Invitational Series in recent months, although Monahan believes the PGA Tour is still the primary circuit within the sport.

"The criticism, to me, I embrace because ultimately, having the support of the best players in the world, having them take ownership of their tour and having them provide some direction that they think - from a competitive standpoint - is going to help the tour grow and get stronger.

"If you're not embracing it, then you shouldn't be in this seat."

Monahan is a member of the Official World Golf Ranking (OWGR) board, with all LIV Golf members who competed in the latest event in Chicago sending a joint letter to chairman Peter Dawson to urge him to give the breakaway circuit world ranking status.

"I think as it relates to world ranking points and LIV, that's a matter for the Official World Golf Ranking board," Monahan explained. "I'm not in a position to comment on their application.

"Any questions you have with their application, they're best served answering them.

"I think the criteria is well established. It has been in place for a long period of time and has served this game exceedingly well. At this point, I haven't engaged those conversations."