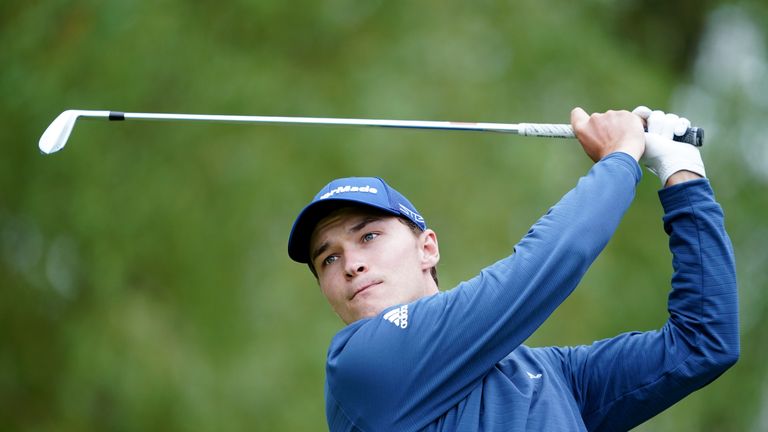 Rasmus Hojgaard went on a brilliant birdie run to equal the course record and open up a two-shot lead at the Cazoo Open de France.

The 21-year-old mixed ten birdies with a lone bogey to post an opening-round 62 at Le Golf National, pulling him ahead of closest challenger Alexander Bjork.

France's Paul Barjon is three strokes back in third and Jamie Donaldson is in the share of fourth on five under also containing England's James Morrison, while last week's DS Automobiles Italian Open winner Robert MacIntyre opened with a four-under 67.

"Today was very good," Hojgaard said. "To be fair, I don't feel like I was that good off the tee but my approach play was very good, alongside a very good putter. I holed a few long putts out there but you have to do that to shoot nine under."

Hojgaard saw a ten-foot birdie at the first cancelled out by a three-putt bogey at the par-three next, before taking advantage of the par-five third and holing from 70 feet at the fourth.

The Dane added another birdie at the fifth and picked up further shots on the seventh and ninth, seeing him reach the turn in 31, then went inches away from making a hole-in-one at the par-three 11th.

Hojgaard moved top of the leaderboard with back-to-back birdies from the 13th, with another from 20 feet at the par-four last closing out a bogey-free back nine and doubling his advantage over the chasing pack.

Bjork posted seven birdies in his bogey-free start and Barjon made five birdies in a six-hole stretch on his way to a six-under 65, while Morrison and Donaldson are joined four back by Finn Tapio Pulkkanen and French duo Julien Brun and Martin Couvra.

Thomas Pieters - the highest-ranked player in the field - shares ninth spot with MacIntyre, who carded six birdies and two bogeys on the opening day, while Patrick Reed carded a double-bogey and three bogeys over his final four holes to post a two-over 73.