The hosts claimed 6.5 points in the Sunday singles to claim win 17.5-12.5 and extend their winning run in the Presidents Cup; Jordan Spieth won all five of his matches for Team USA, while Max Homa enjoyed a 100 per cent record on his debut 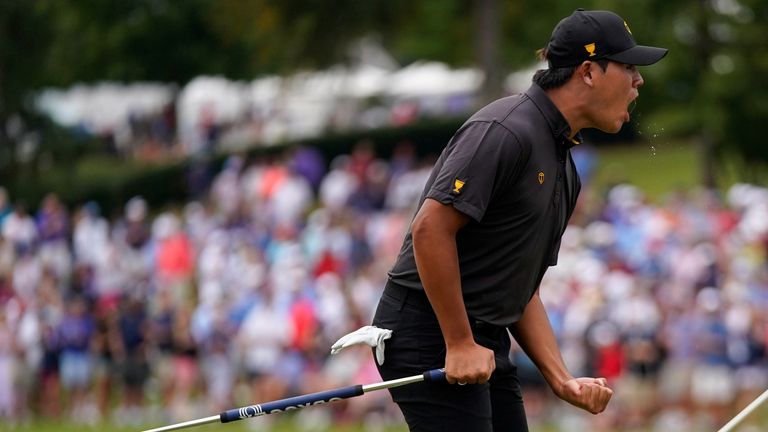 Team USA came through a tougher-than-anticipated test against an inexperienced International Team to claim a 17.5-12.5 victory and ninth consecutive Presidents Cup victory.

Davis Love III's side were pre-tournament favourites to continue their winning streak in the biennial contest and dominated the first two days at Quail Hollow, only for Trevor Immelman's team to battle back and reduce the deficit to a four-point margin heading into the final-day singles.

Jordan Spieth claimed the first point of the day to become only the sixth player in the tournament's history to win all five matches, although team-mate Justin Thomas failed to add to the illustrious group when he suffered a final-hole loss in the top match against Si Woo Kim. 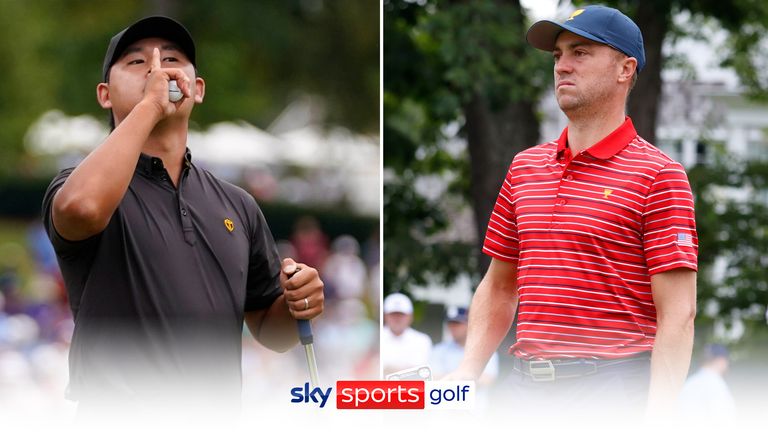 The International Team - containing eight rookies due to the absence of LIV Golf players - continued to show resilience on the final day, but Xander Schauffele ended their hopes when he won his match to take Team USA to the 15.5 points required for victory with five matches still on the course.

Spieth recovered from losing his opening two holes to make back-to-back birdies from the fourth, with the three-time major champion cancelling out Cam Davis winning the eighth by taking five of the next six holes on his way to a 4&3 win.

Thomas had early control of his match against Kim but was left visibly angered by the Korean not conceding a birdie putt from inside three feet at the ninth, which he converted to move two ahead, with the pair then trading blows during a topsy-turvy back nine.

Kim won the first two holes of the back nine and moved back ahead with a birdie at the par-five 16th, where Thomas failed to get up and down from the greenside bunker, with the International Team player then responding to an American birdie at the 17th by holing a 10-foot birdie to win the last.

Patrick Cantlay despatched Adam Scott 3&2 and Sam Burns claimed a share of the spoils against Hideki Matsuyama to end a winless Presidents Cup debut, while world No 1 Scottie Scheffler also failed to win in his rookie appearance as he lost 2&1 to Sebastian Munoz.

Tony Finau recovered from being two behind to lead against Taylor Pendrith, with back-to-back birdies from the 16th sealing a 3&1 win, with Schauffele bouncing back from losing three consecutive holes late in his match to defeat Corey Conners on the final hole and earn the winning point.

KH Lee never trailed against Billy Horschel before beating the American with a hole to spare, while Sungjae Im birdied his final two holes to finish off an impressive campaign with a 1up win against Cameron Young. 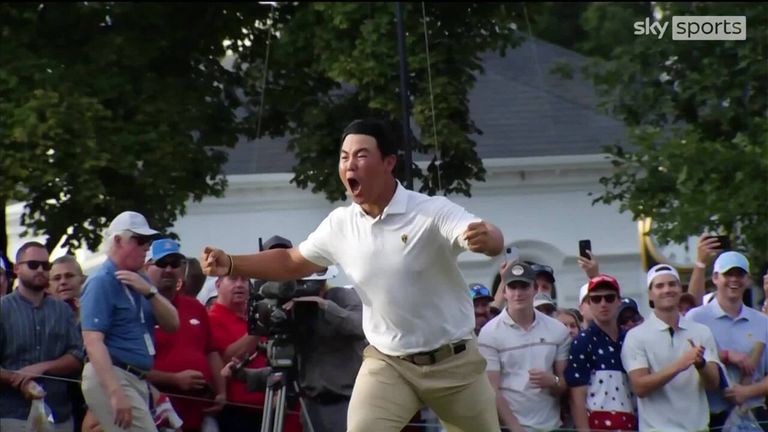 Collin Morikawa signed off his week with a 3&2 success against Mito Pereira, while new fans' favourite Tom Kim let a three-hole lead slip over the last seven holes to see Max Homa claim a win on the 18th and maintain a 100 per cent record on his Presidents Cup debut.

The final match on the course went the way of the Internationals, with Christiaan Bezuidenhout signing off a valiant performance from the visitors by holding off Kevin Kisner by a 2&1 margin.

The next Presidents Cup takes place in 2024, with Royal Montreal Golf Club in Canada the venue, while the 2026 contest takes place at Medinah Country Club - where Europe famously claimed a dramatic Ryder Cup success in 2012.