Jodi Ewart Shadoff becomes the second English player in as many weeks to win on the LPGA Tour, following on from Charley Hull's victory at The Ascendant LPGA; fellow Englishwoman Georgia Hall finished two strokes back in tied-third 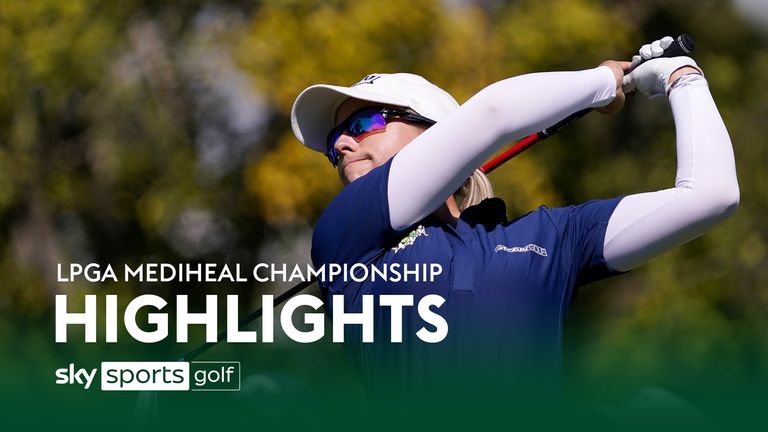 England’s Jodi Ewart Shadoff secured a long-awaited maiden LPGA Tour title at the 246th attempt after hanging on for a one-shot victory at the LPGA Mediheal Championship.

Ewart Shadoff posted a one-under 71 during a rollercoaster final round at The Saticoy Club in California, mixing three birdies with two bogeys to hold off the chasing pack and claim a wire-to-wire victory.

The 34-year-old finished a shot clear of Japan's Yuka Saso, who birdied her final three holes to card a six-under 66, while a round-of-the-day 65 from England's Georgia Hall lifted her to tied-third alongside Paula Reto and Danielle Kang.

Ewart Shadoff started the day with a four-shot advantage but lost ground with an early bogey at the par-four third, as playing partner Reto followed a birdie on the previous hole with back-to-back gains from the fifth to quickly jump into a share of the lead.

Both players took advantage of the par-five fifth eight before a bogey for Ewart Shadoff at the par-three next saw her fall one behind at the turn, only for the Englishwoman to pull level with a birdie at the 12th.

Ewart Shadoff matched Reto's birdie at the par-five 14th and moved ahead when the South African bogeyed her next two holes, with a tap-in par at the last enough to claim a narrow win and spark emotional celebrations on the 18th green.

The victory is a second in as many weeks for English players on the LPGA Tour, following Charley Hull's success at The Ascendent LPGA the previous week.

Hall also made a late victory charge when she followed a front-nine 34 with five birdies in a six-hole stretch from the 12th to get within two of the lead, only to par the par-five last to end the week on 13 under.

Reto carded a final-round 69 and Kang recovered from an opening-hole bogey to post a five-under 67 and also share third with Hall, while American Andrea Lee claimed sixth spot ahead of Sei Young Kim.

The next LPGA Tour event is the BMW Ladies Championship in Korea from October 20-23, although the Ladies European Tour is in the USA before that for the Aramco Team Series - New York from October 13-15.