Lydia Ko is the fifth LPGA player this season to earn multiple victories; her first title was back in January at Gainbridge LPGA at Boca Rio; Ko finished with a seven-under 65 in the final round and this is her first multiple-win campaign since 2016 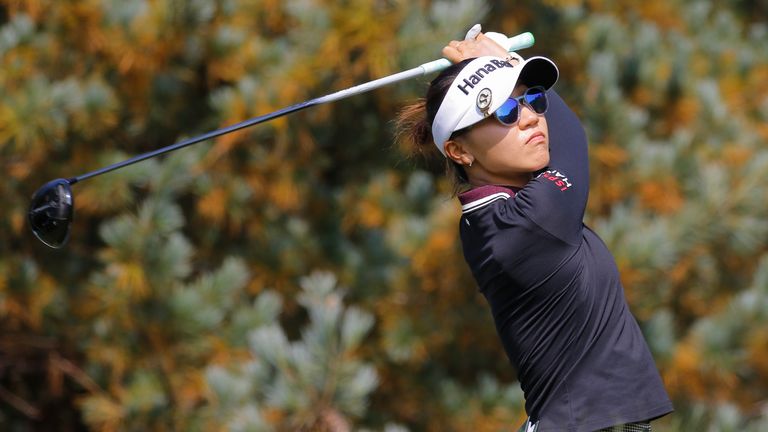 Lydia Ko won her 18th career LPGA Tour title in South Korea on Sunday after shooting a seven-under 65 in the final round at the BMW Ladies Championship.

The Korean-born Kiwi lifted up the trophy after finishing four shots clear of the United States' Andrea Lee at Oak Valley Country Club.

Ko recorded eight birdies against one bogey and secured US$300,000. It is her first victory in South Korea, where she was born and lived before moving to New Zealand at age four.

Hye-Jin Choi and Hyo Joo Kim were the top South Korean players, as they tied for third with Lilia Vu of the United States at 16 under. Both Choi and Kim shot 68s in the final round.

Overnight leader Atthaya Thitikul from Thailand finished alone in sixth with a 12-under 275.

Ko, the world No 5, became the fifth LPGA player this season to earn multiple victories. Her first title was back in January at Gainbridge LPGA at Boca Rio. This is her first multiple-win campaign since 2016.

"If only it was easy," Ko said. "You know, it was a pretty packed leaderboard. I knew that I needed to have my A-game.

"I set a goal of five under, and if someone plays better than me and I don't end up winning, that's all I can do.

"It's great to be back in the winner's circle. I think it means a lot to win in Korea, the place where I was born and I think makes it very special."