The 12-hole, made-for-TV exhibition will take place on December 10 in Florida and raise money for Hurricane Ian relief efforts; Woods will make his third appearance in The Match and first since 2020, while McIlroy features for the first time

Rory McIlroy will team up with Tiger Woods to take on Jordan Spieth and Justin Thomas in a special charity contest next month.

The latest edition of The Match will take place on December 10 at Pelican Golf Club in Florida, with the 12-hole floodlit event raising money for Hurricane Ian relief efforts.

Woods played in the first two instalments of The Match, losing to Phil Mickelson in the inaugural event in 2018 before teaming up with NFL star Peyton Manning to defeat Mickelson and Tom Brady in 2020.

"Can't wait to play in Capital One's: The Match with Rory McIlroy against Justin Thomas and Jordan Spieth to raise money for Hurricane Ian relief," Woods tweeted. "See you boys under the lights on December 10th."

This year's contest is the seventh edition and second of the year, with Brady and Aaron Rodgers beating Josh Allen and Patrick Mahomes in June, while McIlroy, Thomas and Spieth all make their debuts in the contest.

Woods has played a limited schedule since suffering career-threatening leg and ankle injuries in a car crash last February, with his only three official starts since coming in this year's majors.

The 15-time major champion hasn't featured competitively since missing the cut in The 150th Open at St Andrews in July, with The Match part of a potentially busy December for Woods. 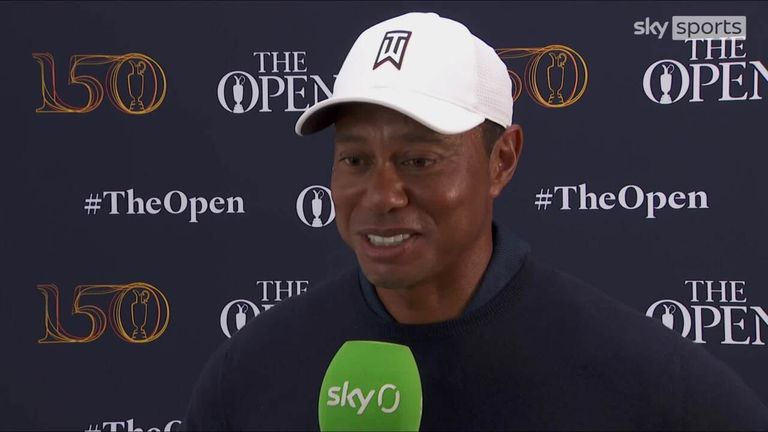 Woods is hosting the Hero World Challenge the previous week in the Bahamas, where he could still feature as one of three tournament exemptions, with the former world No 1 also expected to compete again - alongside his son Charlie - at the PNC Championship.

When could Woods return to PGA Tour action?

Woods told reporters after his missed cut at The Open he had "nothing planned" when discussing his future schedule, adding that it may be "sometime next year" before he competes again, although caddie Joe LaCava expects him to return sooner.

"I'm hoping that he will play maybe in December at the Hero [World Challenge] and the Father-Son [PNC Championship] and maybe the Genesis [Invitational]," LaCava told the Dan Patrick Show earlier in the summer. "I'm still hoping he'll play three, maybe four tournaments before The Masters."

Sky Sports' Wayne Riley expects to see Woods tee it up in at least one PGA Tour event before he heads to Augusta National, although warns it may not be until 2023 until we see him play tournament golf.