Paul McGinley looks back at another impressive week for Danny Willett at the WGC-Cadillac Championship and reflects on a dramatic victory for Adam Scott.

That final round was simply enthralling. Any day where there's volatility in the scoring, where there's guys posting bogeys, doubles and birdies, it makes for great theatre and great golf.

We all know how great Adam Scott is and maybe being forced to go back to the short putter was a blessing in disguise for him.

Scott had a quiet year last year by his standards, but has certainly caught fire since. He finished second in Los Angeles little over a fortnight ago, after a slow start to the year, but all of a sudden has just burst into form.

It shows you that when you have a quality player like Adam, the difference is often just that little bit of confidence. He has no putting issues and I think he is the best player in the world at the moment.

This game is so elusive and just when you think you have it, it disappears; it's incredible. On Saturday, we saw Rory McIlroy look in complete control, whereas on Sunday he couldn't get the ball into play off the tee and as a result was on the back-foot all day long.

Scott's bunker shot at the 16th wasn't difficult, but he hurt himself trying to be too cute about it. The resilience and the ability though to regroup, chip to six feet and hole the putt for par to keep the lead gave him a great opportunity over the closing holes. 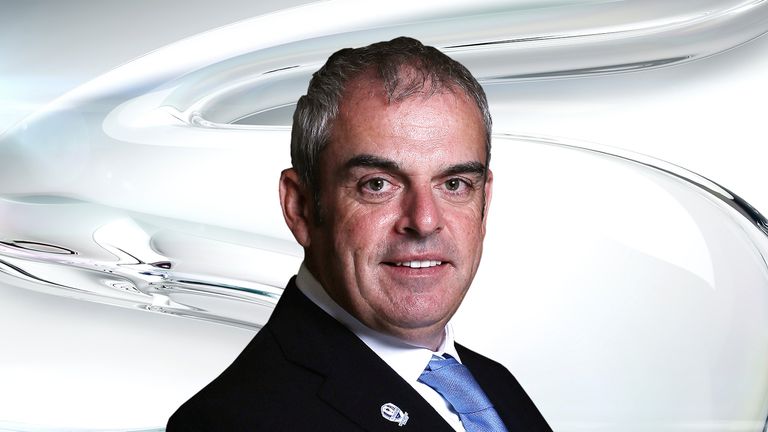 Danny Willett is certainly a world-class player now and we're going to see a lot more of him going forward. It’s only a matter of time before he wins a World Golf Championship event or a major.

It doesn't seem like he's playing or putting under pressure. He did get fortunate at the 18th, as his ball could've easily found the water. To have that six-footer for victory, knowing that if he missed then he was in a play-off at worst, gave him leeway to put a really good stroke on it.

Scott's very confident now having gone second, first, first in what have been three quality fields. Saturday wasn't a good day for him when he played with Rory. The world No 2 overran him, but he hung in and continued to do so.

He's in the zone and is coming through a great spell, which usually comes from great concentration and it gives him a significant advantage.

Danny Willett is certainly a world-class player now and we're going to see a lot more of him going forward. I'd say, now, after a massive cheque and a massive amount of points this week, he's all-but certain to be on the Ryder Cup team as a rookie.

He's very confident and is becoming more and more comfortable not just playing in these big events, but being in contention. I think it's only a matter of time before he wins a World Golf Championship event or a major.

It'll be interesting to see where he decides to play in the future. He likes being at home, but these players can handle international schedules. We'll have to wait and see whether he chooses to play in America as well as in Europe.

JB Holmes wasted a five-shot lead last year going in to the final round, and we've seen it again this year with McIlroy throwing away a three-shot lead.

I think that's down to the golf course which is just so difficult. It is mentally draining and incredibly hard to keep playing well for four days.

Dustin Johnson claimed victory last year from behind, which was a much more comfortable position for him. When Johnson gets into contention in these big tournaments though, whether it be WGC events or majors, he just tends to struggle and did again here.

He has got this nonchalant way about him so that everything to him is water off a duck's back. He has the mentality that everything will be OK the next time, but it's not.

When he gets into a winning position, he's not following through.The more tournaments he fails to win, the more the pressure will build on him.

The worry for Adam Scott now is that the Masters is just a little too far away right now and I'm sure he'd rather have it this week!

He's going to have a little bit of a break now though before he goes to the WGC-Dell MatchPlay. In years gone by you used to see players keep on playing if they caught form, a bit like someone on a winning streak playing poker. That doesn't happen now.

Players set out their schedules to try and make sure they're at their best at Augusta. Scott will now build that up again as he tries to win his second green jacket.