Phil Mickelson hopes Tiger Woods will return to PGA Tour action soon, but accepts the 14-time Major winner should not tee-up until he physically and mentally feels ready to do so.

Woods, who last competed in August 2015, had been planning to make his comeback this week in California.

However, on Monday, the 40-year-old decided his game was not sharp enough to participate in the Safeway Open which gets underway on Thursday and is being broadcast live on Sky Sports 4 HD.

The American described his confidence and game as "vulnerable", and has also pulled out of the Turkish Airlines Open next month.

And his long-time rival and compatriot Mickelson agrees that Woods has made the correct decision by not playing at Silverado.

"We all want Tiger to come back. But we want him to come back when he's ready. If he doesn't feel like he's ready, then he should wait," Mickelson said.

"We'll all wait in anticipation and we're excited but I understand there's a lot of pressure not just to come back, but to perform when he does come back.

"So you want to make sure that your game is right because look at how much scrutiny he's going to be under."

This week's event in Napa marks the start of the new PGA Tour season, and should have also signalled a new beginning for Woods who was originally scheduled to play the first 36 holes in the company of Mickelson. 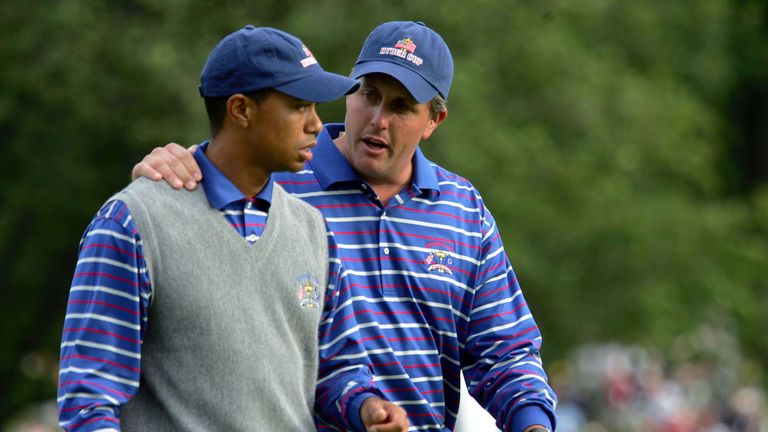 As for 'Leftie', he admits he is still buzzing following America's Ryder Cup triumph earlier this month.

"I'm still on an emotional high, and even though I've been running around this last week, my energy level is up and I'm optimistic about having a good week."