Brooks Koepka has backed the decision to award a sponsors' invite to Tony Romo for this week's AT&T Byron Nelson in Dallas.

The former Dallas Cowboys quarterback is a member at Trinity Forest Golf Club, where he will make his third PGA Tour appearance, having missed the cut by a distance in his two previous starts in the Corales Puntacana Resort & Club Championship.

Romo will also make his fourth attempt to play in the US Open when he tees up in local qualifying next week at TPC Craig Ranch in McKinney, and Koepka believes having the NFL star in the field will prompt a significant increase in spectators.

"Tony is going to bring fans out," said Koepka at his pre-tournament press conference. "I think that's pretty obvious. You know, everybody has always got something to say about some sponsor invite and that's up to the sponsors.

"It's fun for us to see those guys and I think if they're going to bring a lot of fans, that's what we need. We keep saying we need to grow the game but the whole object would be to get fans out here.

"You can criticise it all you want but it's bringing people out here to watch golf and, who knows, they bring their families and kids and might get them started in the game."

The world No 3 is the highest ranked player in the field, with most of the game's elite taking time off to prepare for next week's PGA Championship at Bethpage Black in New York, where Koepka will be defending champion.

The 29-year-old held off Tiger Woods to win his third major, and his second in a row, in a thrilling final round at Bellerive last Augusta, and he is comfortable with playing competitive golf the week before his PGA defence on a course he has never played before. 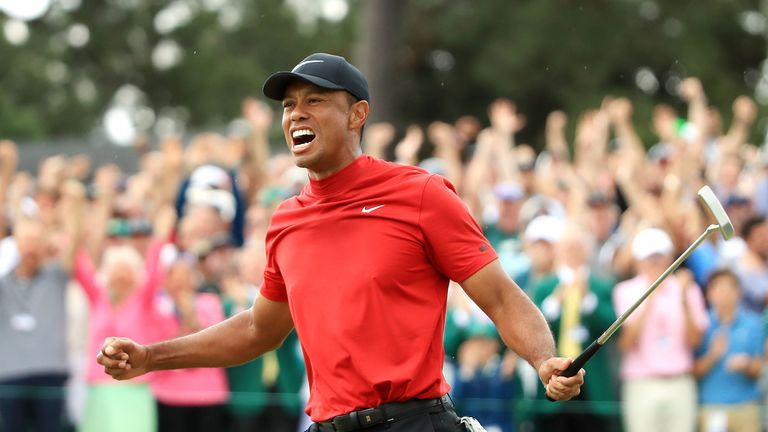 "I like building a little bit of rhythm, finding your game, figuring out how to score, to manage your game and it's just something that has worked for me. I think we've looked at stats and usually my second week out is my best week.

"I'm not focused on shots for next week, I'm here to play this golf course. You're not trying to blow this week off just to make sure you've got a shot you might hit two or three times for next week.

"That doesn't make any sense to me. You go out and play and see how you're hitting it and make adjustments and kind of move on from there."