US Open: Phil Mickelson misses putt from a foot at Pebble Beach

By Ali Stafford at Pebble Beach 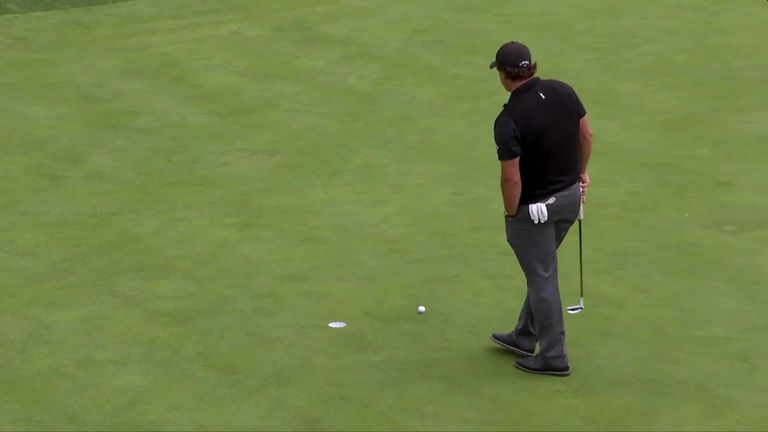 Phil Mickelson’s attempt to complete golf’s Grand Slam suffered a setback after a comical mistake on the green during his opening round at the US Open.

The 48-year-old made a steady start to the week at Pebble Beach and was level par after 12 holes, only to slip down the leaderboard in embarrassing fashion at the par-four next.

Latest news from Pebble Beach ahead of the 2019 US Open.

Mickelson found the front of the green with his approach into the third and saw his long birdie effort finish no more than a foot away from the hole.

Left with a seemingly nailed-on tap-in for par, Mickelson then inexplicably missed his next effort and saw his ball finish further away from the hole than his previous putt.

Mickelson eventually nudged home his next effort to sign for a three-putt bogey, dropping the five-time major champion to one over for the day, where he remained after completing his round.

Click on the video above to see Mickelson's shocking miss!

Watch the US Open throughout the week live on Sky Sports. Live coverage continues on Friday with Featured Groups from 4pm on Sky Sports Golf.