US Open: Brooks Koepka pulls off unbelievable par save early in final round 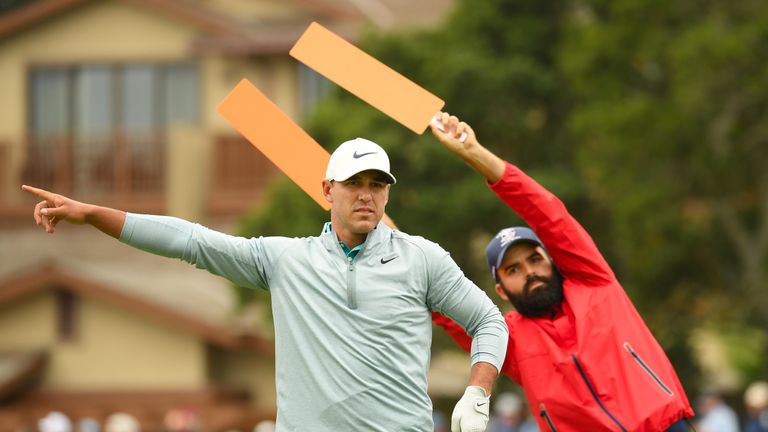 Brooks Koepka hit an incredible third shot at the second in his final round at the US Open to save par - is this the par of the year?

Brooks Koepka produced a contender for the best par save of the year in a major as he made an exhilarating start to his final round of the US Open.

The world No 1, bidding to become the first man to win the US Open three years in a row since Willie Anderson back in 1905, began the final day four shots adrift of 54-hole leader Gary Woodland, but he made a great start with a birdie at the opening hole.

However, he looked likely to run up a big number at the 523-yard par-four second when he carved his tee shot way right, his ball landing on the cart path and bounding into thick, tangly rough while narrowly avoiding the out-of-bounds markers.

Koepka took a big swing with an ambitious second, but he succeeded only in pulling his ball into another horrible lie in the rough on the other side of the fairway, still over 70 yards from the hole.

But he defied the level of difficulty and an awkward stance to stab a wedge towards the pin, and he made superb contact to give himself the chance to salvage the unlikeliest of pars with a stunner to six feet.

And the tricky downhill putt was never in doubt as he almost ran to the next tee with a four safely written on his card, and he celebrated with birdies on each of the next three holes to get within one of the leader after the first third of his round.

However, Koepka's closing 68 was not enough to deny Woodland, who produced a remarkable par save of his own at the 17th as he held his composure down the stretch to secure a three-stroke victory and a maiden major title.

Click on the video above to see Koepka's magnificent par save early on the final day of the 119th US Open...