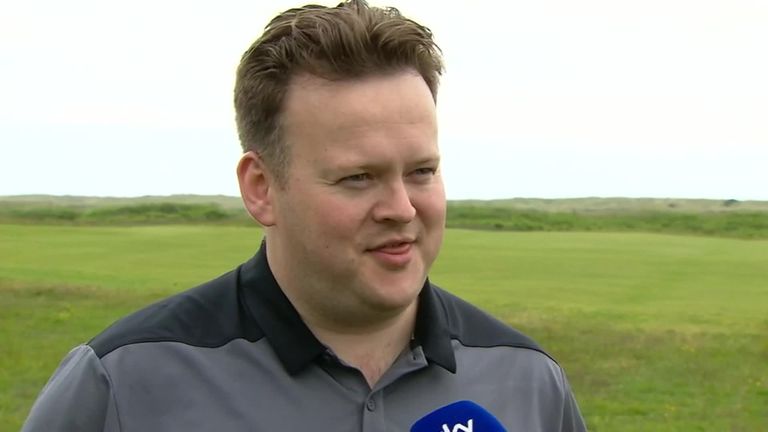 Murphy could only manage a round of 84 at County Louth, one of 13 venues used for local qualifying, where 16-year-old amateur Dylan Keating - the nephew of former Boyzone singer Ronan Keating, led the qualifiers with a superb 66.

Murphy, whose last tournament victory on the snooker table was 2018's Champions of Champions event, told Sky Sports News reporter Jamie Weir: "I might now just have to go as spectator! It's been a fabulous day, though."

Regarding his 12-over-par score of 84, the 36-year-old added: "I think that's my highest break of the season!

"But I came here with no genuine hopes of qualifying. That's one of my bucket list things gone!"

Alfie Plant, winner of the silver medal as the leading amateur at Royal Birkdale in 2017, was among the qualifiers at Alwoodley, while amateur Callan Barrow made an eagle on the fourth play-off hole to edge out James Darcy at Fairhaven.

At Goswick, James Harper got the better of former European Tour player Kenneth Ferrie on the sixth extra hole to claim the final qualifying berth as Scottish amateur Kieran Cantley led the qualifiers after a brilliant 65.

There will no fairy-tale spot at The Open for Royal Portrush head pro Gary McNeill. He was one of five players representing the host venue on Monday but shot 78.