Sir Nick Faldo has backed Rory McIlroy to bounce back from his missed cut at The Open and believes he can use it as motivation for future major success.

McIlroy was the pre-tournament favourite at Royal Portrush to claim a historic victory on home soil, but missed the cut by a stroke in the final major of the year after following an opening-round 79 with a six-under 65 on Friday.

The world No 3 has now gone five years without winning a major and was visibly emotional during his post-tournament interviews, with Faldo expecting to see McIlroy come back stronger after his early exit.

"Missing the cut was the last thing that [McIlroy] would've thought would happen to him," Faldo told Sky Sports. "He has now got to gear up again and only he can do that.

"That disappointment might motivate him and make him think about how badly he wants to win majors again and what he must do to prepare, both on and off the golf course.

"He's definitely got at least another 10 years of major opportunities, so that will be his number one priority because winning majors to him is paramount.

"Maybe this was a moment where he says that he doesn't want to do that to himself again emotionally, which might push him to come out storming next year."

McIlroy hit his opening tee shot out of bounds on his way to a quadruple-bogey and dropped five shots over his closing three holes on Thursday, posting a three-putt double-bogey from close range at the 16th and then triple-bogeying the par-four last.

The 30-year-old's opening round was his worst of the year by four strokes, although McIlroy responded strongly to card seven birdies on Friday and narrowly miss out on making the weekend.

"I can't imagine he's had a six, seven and an eight in the same round since he was a kid or possibly ever!" Faldo added. "To come out and take eight at the first will have sent him into a shock mode.

"He rallied as best he could, but then made a real silly mistake with the three-putt at the wrong time and then fell over at the last. That was brutal for him, but the way he rallied on Friday was magnificent. 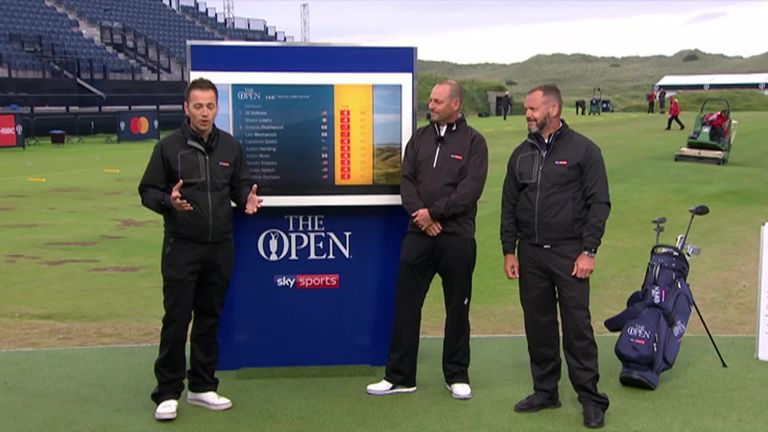 "It just shows you that you can have all the wealth and trophies in the world but when you play on a Friday afternoon and are trying to make a cut, none of that matters. He wanted to be there, scrape it in and just couldn't quite make it.

"It's pure pride as you try to make the weekend and you could see that in his eyes and in his face. To shoot 65 and still not make it will leave him feeling sick to his stomach."

Watch the final round of The 148th Open live on Sunday from 8am on Sky Sports' dedicated channel, Sky Sports The Open.