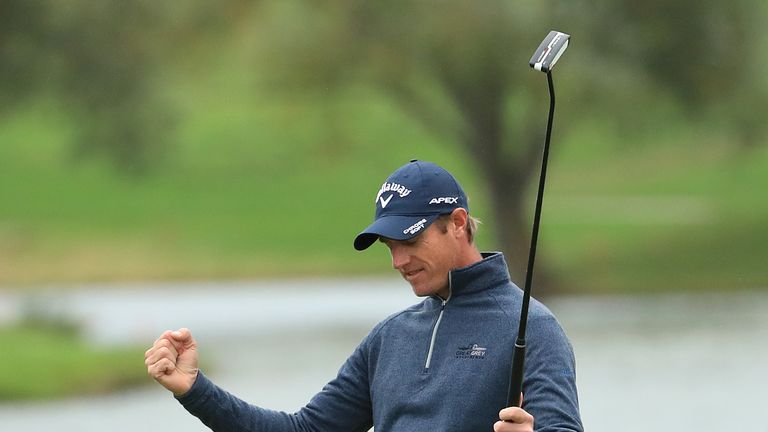 Nicolas Colsaerts ended a seven-year winless run on the European Tour with a thrilling victory at the Open de France.

Colsaerts saw a five-stroke advantage disappear during a dramatic final day at Le Golf National, but a one-over 72 proved good enough for him to finish a shot clear of Joachim B. Hansen.

The win is Colsaerts' first since the 2012 Volvo World Match Play Championship and secures his full playing privileges on the European Tour until the end of the 2021 season, having started the week battling to hold on to his card.

George Coetzee ended two stokes off the pace in third ahead of Kurt Kitayama, while Martin Kaymer claimed a share of fifth alongside Richie Ramsay and Ireland's Gavin Moynihan.

Colsaerts started the day with a three-stroke advantage but quickly saw that increase to five after birdieing the opening hole, as playing-partner Coetzee found water off the tee on his way to a bogey-five.

The Belgian failed to get up and down to save par at the next but nudged in from close range at the third to match Coetzee's 15-foot birdie, before a three-putt bogey at the fifth was followed by another dropped shot at the next.

Colsaerts reached the turn a shot ahead but found himself two behind after a bogey at the 12th, as Coetzee moved ahead with a hat-trick of birdies around the turn and Hansen pulled himself into contention with four birdies over a six-hole stretch.

The momentum moved back in Colsaerts' favour when he followed a birdie at the 13th with a chip-in eagle at the next, only for him to double-bogey the 15th after finding the water with his approach.

Coetzee finished in the water twice on the same hole to rack up a triple-bogey seven which briefly gave Hansen the advantage, which the Dane held until he double-bogeyed the 17th to present Colsaerts with a one-shot lead with three holes to play. 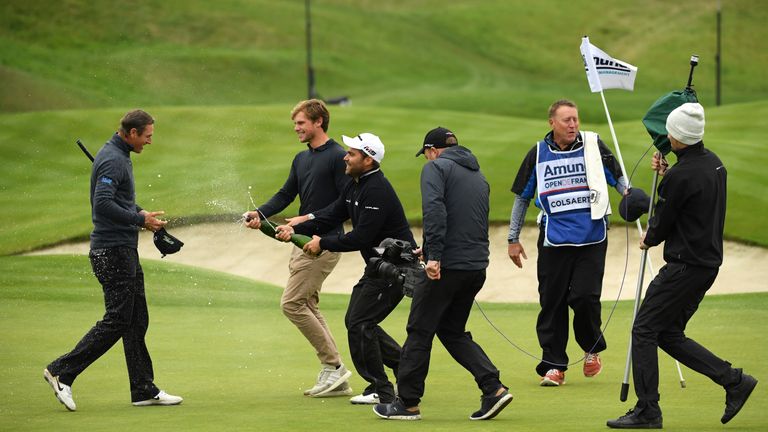 The former Ryder Cup star got down in two from the fringe at the 16th and made a two-putt par at the next to stay ahead, before tapping in for par at the last to hold on for an emotional victory.

Hansen carded a three-under 68 to secure second and Coetzee shot a final-round 71, while defending champion Alex Noren signed off his week with a round-of-the-day 66.