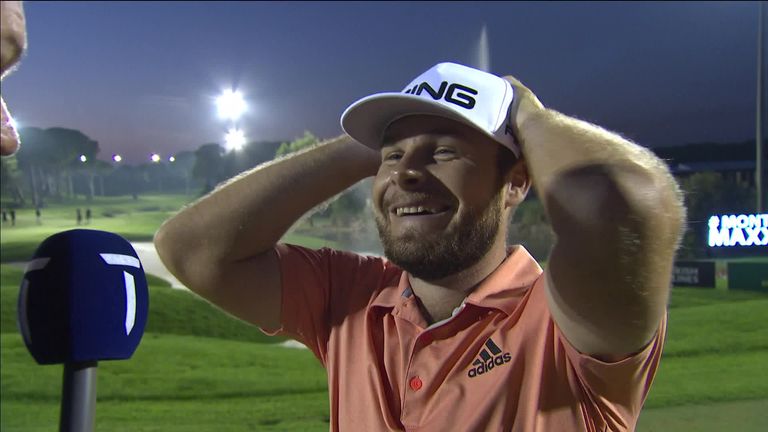 Tyrrell Hatton was keen to savour the moment after returning to winning ways in dramatic style at the Turkish Airlines Open.

The 28-year-old, who had dropped to 48th in the world rankings after going over two years since the last of his three European Tour wins at the 2017 Italian Open, claimed a memorable success following a six-man play-off at Montgomerie Maxx Royal in Antalya.

Hatton looked to have blown his chance at the first play-off hole when he mishit his approach shot due to mud on his ball and then chipped straight through the green from a poor greenside lie.

However, he sensationally chipped in for a birdie with his fourth shot from off the green to remain in contention alongside Kurt Kitayama and Matthias Schwab.

Kitayama fell by the wayside at the third extra hole under the floodlights and, after Hatton missed a birdie putt at the fourth time of asking, a close-range miss from Schwab handed the Englishman the title.

"It's so surreal. I mean, I actually can't believe that I've won," he said. "It's been quite a difficult year in terms of things happening off course, and you know, the last month, I feel like I really found my game again.

"I said to a few people on my team that if I was lucky enough to win again, then I would definitely savour the moment, because I think it's quite easy to take it for granted, and sport's great when it's going well, but when it's not going well, it kind of hits home, so I'm absolutely thrilled."

Hatton will be back up to around 30th in the rankings thanks to his win and, and after rising to sixth in the Race to Dubai, he is now looking forward to playing in the DP World Tour Championship - as well as next year's Masters - after taking next week off to rest his troublesome wrist.

"That's really exciting," he added. "I think I was well aware of my world ranking coming into this week, and I knew that I wasn't going to play South Africa to rest my wrist. I just really wanted to have a good day today because I felt that if I played well, then that might secure the Masters.

"And again, that's another thing, you can't take that for granted. It's such an amazing tournament, and you know, I can't wait to get that Masters invite through the post again. It's a special feeling, and obviously just a bonus with what comes with doing well." 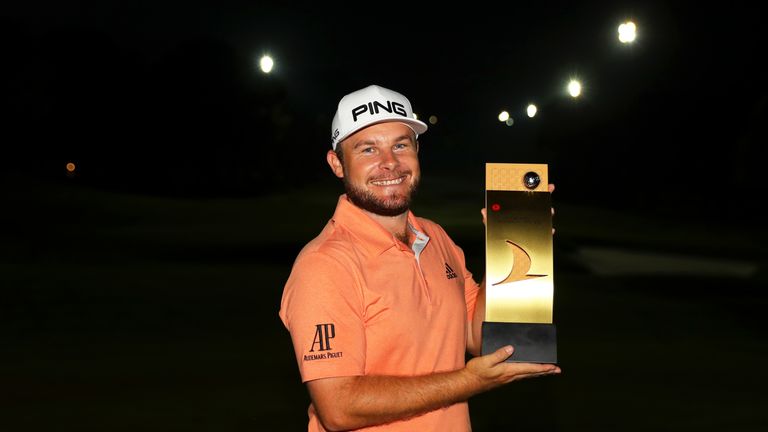 Schwab, who has now had 10 top-10 finishes this season without winning, had led for most of the day after starting the final round three clear and the Austrian was understandably disappointed after he failed to take advantage of Hatton's miss at the fourth extra hole.

"It was a close call," he said. "I had some good looks and good chances coming down the stretch in regular play, and didn't take advantage of them.

"It's still a second-place finish, which is obviously not too bad, but at the moment, it's not too great."

American Kitayama was a little more upbeat despite his near-miss, saying: "It was pretty fun. A little disappointed, but gave myself a couple of chances. It's too bad.

"To put myself right back in it today and to get myself a win would have been amazing. Pleased how today went. Obviously the ending was tough but overall, great learning experience."