Ian Poulter creates his own 'breezy conditions' on the first tee 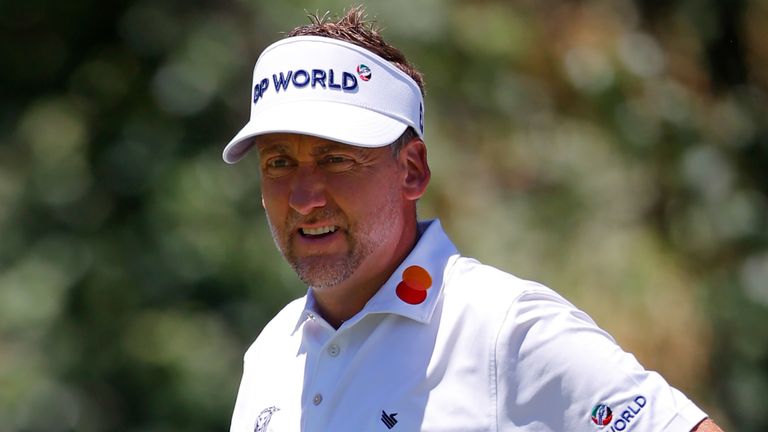 Ian Poulter and Greg Chalmers teed off in perfect conditions in the final round of the Travelers Championship, but there was a sudden and unexpected burst of wind on the first tee.

Poulter and Chalmers were the first group to head out at TPC River Highlands on Sunday morning, but the PGA Tour live cameras were up and running as they prepared for Featured Group coverage.

3 club wind this morning on the first tee. Always beware of the live 🎙 https://t.co/tzFGtf2mSS

The focus was soon on Poulter, who hammered his drive long and straight, and Chalmers also split the fairway moments before the Englishman managed to create what he later described as a "three-club wind".

Chalmers immediately ordered his playing-partner to "stay over there" just as Poulter enquired with the sound technician whether or not he had picked up the moment of indiscretion on his microphone.

Australian southpaw Chalmers was also taken aback by the sheer volume and asked the Englishman if he meant to create such a noise, or if he had intended to "be a little more silent".

Either way, it lifted the mood among the caddies and players as they bounded down the first fairway before Poulter opened with a birdie, ironic considering one of his sponsors posed the question: "Did someone step on a duck?"

Click on the video above to see, and hear, Ian Poulter creating his own breezy conditions ...