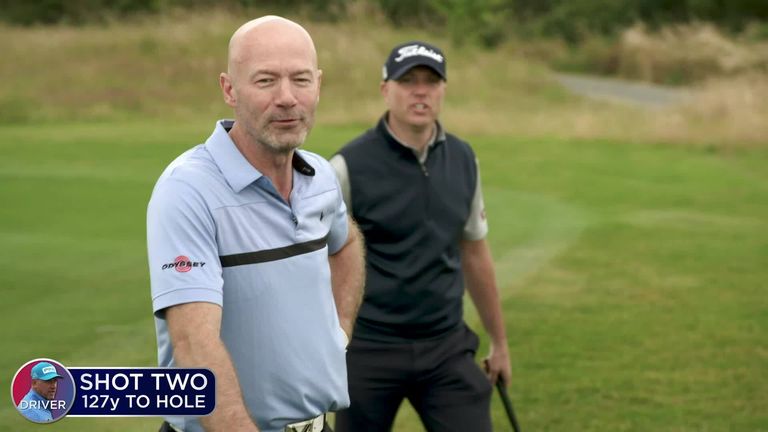 Newcastle United legend Alan Shearer and tournament-host Lee Westwood were among those to take part in the One Club Challenge ahead of the Betfred British Masters.

To mark the start of the UK Swing, a run of six consecutive British-based events in as many weeks, the pair were joined by two-time European Tour winner Graeme Storm and television presenter Dan Walker as they featured in a unique contest at Close House.

The task was to tackle the course's fifth hole, a 398-yard par-four, with each player only allowed to use one club and having to stick with their selection for every shot they play.

Westwood went with driver and Walker elected to hit four-iron, with the pair teaming up together to face Shearer - who used a nine-iron - and Storm, who selected to hit putter throughout.

The two scores posted from each individual in a team were then added together, with the team taking the fewest number of shots to complete the hole earning the bragging rights.

Which team won the contest? Click on the video above to find out!