PGA Championship: Tiger Woods to blame for poor putting - not the putter!

"It is all about reading the greens, and my feel and what I'm seeing just aren't matching up." 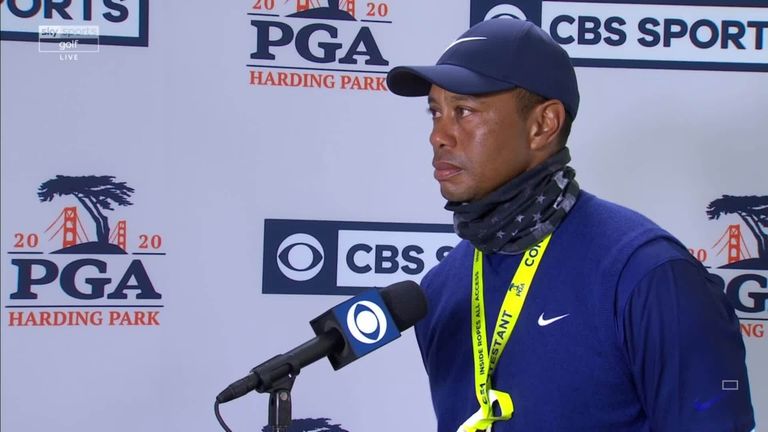 Tiger Woods reflected on another rough day on the greens at the PGA Championship but insisted his performance had nothing to do with his change of putter.

Woods switched to a slightly longer putter ahead of the first major in over a year, with the aim of easing the stress on his back both during tournament rounds and in practice, but he has struggled all week to get to grips with the slow pace of the TPC Harding Park greens.

The 15-time major champion will be playing for personal pride on the final day after firing a second straight 72 in which he made four bogeys in six holes around the turn, although he did claw his way back to two over for the tournament with birdies at 16 and 18.

"I definitely didn't hit the putts hard enough, that's for sure. Again, the putting green is a little bit faster than the golf course, and I made sure I hit a lot of uphill putts to make sure that I try to counter that going out there. I just didn't trust it.

"I had a couple of putts where I should have hit it a little bit harder, and I didn't do it, and consequently, the ball died off at the end. So it is all about reading the greens, and my feel and what I'm seeing just aren't matching up.

"I've always struggled my entire career when the greens look fast and they putt slow. That's always been the case, and sometimes I'll add lead tape to my putter to make sure I get a little more weight to get the balls to the hole.

"But it's about feel, what I'm feeling in my feet and what I see, overall awareness of how I'm reading the putts; sometimes just don't match up."

Despite being well out of contention for major No 16, Woods insisted he would have no problem in motivating himself for the final round as he looked forward to a busy stretch of big events, including the FedExCup Play-Offs and the US Open.

He added: "It's the last day and we still have another major championship to play and get ready for the Play-Offs and we have the US Open after that.

"We have some big events to be played, and hopefully tomorrow I can shoot something in the red and get it to under par for the tournament, and hopefully I can do that."