"I really can't give you an explanation. It's one of those things that happen in golf. But I never thought it would happen in my professional career" 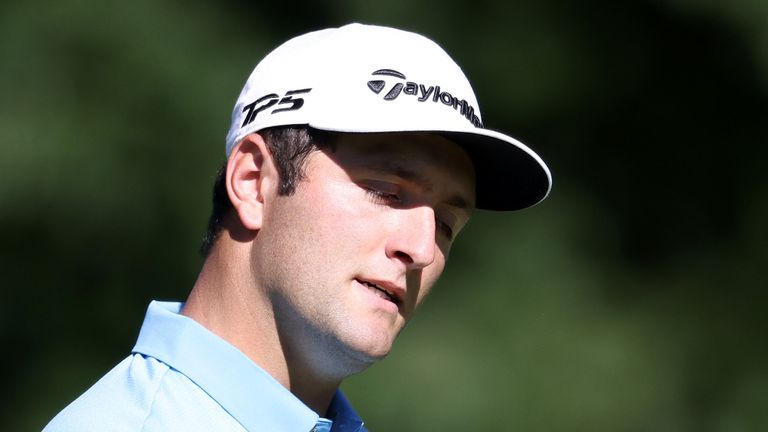 Jon Rahm powered into contention for the BMW Championship title after committing a bizarre penalty early in his third round at Olympia Fields.

Rahm defied the brutally-tough layout to fire a superb four-under 66 which would have been one better had he not completely lost concentration on the fifth green, where he picked his ball up having forgotten to mark it first.

The Spaniard got his third round off to a great start as he birdied the third and fourth, although he misjudged his approach to the fifth and came up almost 45 feet short of the target, leaving him a tricky two-putt for par.

However, Rahm then let his mind wander as he arrived at the green and swiped his ball up to give it to his caddie to clean, only to realise immediately that his poker chip marker was still in his pocket!

"I was holding my marker in my pocket, and for some reason I just picked up the ball thinking I marked it already," said Rahm, who accepted a one-shot penalty before leaving his first putt six feet short of the flag, although he managed to knock in the second putt to limit the damage to a bogey.

"I was thinking of somebody else and something else or somebody, and yeah, I just picked up the ball without marking it, simple as that. Once I replaced it, I took the penalty and moved on."

Rahm got back on track when he drilled a towering 235-yard iron to three feet to set up a birdie at the eighth, and he picked up further shots at 11 and 15 while keeping the blemishes at bay as he closed on two over par.

"I'm proud of being able to maintain my composure afterwards," added the former world No 1. "I think the most important shot of the round was that second putt, the six-footer for bogey. Technically it helped out a lot, as I was able to tell myself I was one under par through five holes.

"I really can't give you an explanation. It's one of those things that happen in golf. Never thought it would happen in my professional career, but here we are. I've seen things like that happen many, many times, but we don't see those on the PGA Tour and usually it's not followed by a 66 on this golf course.