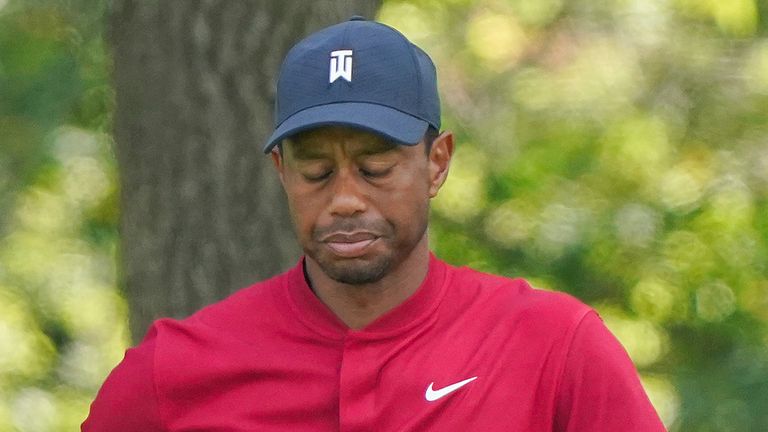 Tiger Woods believes his week at Olympia Fields was useful preparation for next month's US Open as his PGA Tour season ended one week earlier than planned.

Woods needed a top-10 finish at the BMW Championship to have a chance to break into the top 30 in the FedExCup standings and qualify for next week's season finale in Atlanta, but he finished outside the top 50 on 11 over par.

The 15-time major champion did at least sign off with his best round of the week, a one-over 71 that looked on course to be a red number when he covered the first 14 holes in two under par.

But Woods three-putted from inside 20 feet to take six at the long 15th, and he blocked his tee-shot into water on 17 for the second day running, carding a double-bogey to slip over the card for the final day at Olympia Fields.

The 44-year-old will now have two weeks off before heading to Winged Foot for the second major of the year, and he expects the New York venue to provide a similar challenge to the one they have faced over the last four days, with narrow fairways, dense rough and hard, slick greens.

"This golf course was basically a US Open, with the rough being as high as it is and fairways a little bit narrow," said Woods. "Look at the scores, I don't think that we've seen scores like this in a non-major in a very long time.

"This was a great ramp-up for me for the US Open. I wish I was playing next week, but I've got a couple weeks off."

Woods admitted he will need to find improvement with the putter and his course-management over the next fortnight, revealing he was frustrated with missing in the wrong places during the BMW Championship.

"I certainly haven't putted as well as I would have liked, and with the scores being as low as they have been, I just haven't been able to shoot the low scores like I needed to.

"I didn't play as well as I wanted to the first couple days, but today was nice. I hit the ball really well and made only a couple putts, but today was more indicative of how I want to play in a couple of weeks."