Andalucia Masters: Martin Kaymer gets within two of Valderrama lead 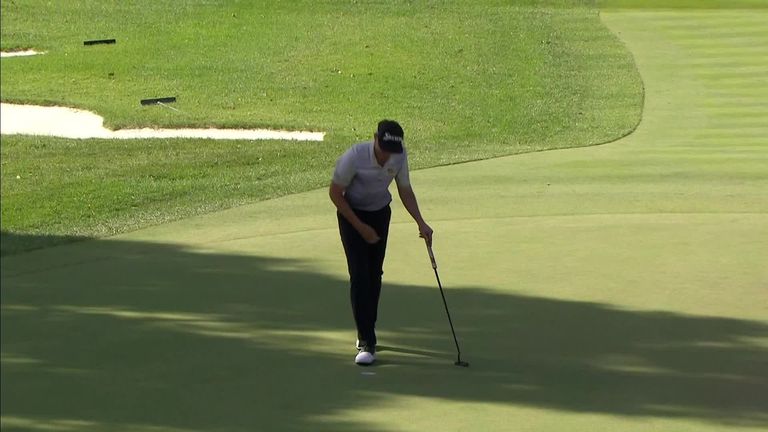 Martin Kaymer will have another chance to return to the winner’s circle after moving within two strokes of the lead heading into the final day of the Estrella Damm N.A Andalucia Masters.

The former world No 1, without a worldwide victory since his 2014 US Open victory, posted a two-under 69 on another tough-scoring day at Valderrama to close the gap on 54-hole leader John Catlin.

Catlin briefly held a five-shot advantage until finishing his round with back-to-back bogeys, with the American the only player under par for the tournament as he chases his maiden European Tour title.

Former Ryder Cup star Jamie Donaldson is four strokes off the pace alongside Lorenzo Gagli, who fired a hole-in-one at the par-three 12th, while Scotland's Connor Syme slipped six behind after a five-over 76.

Starting the day with a two-shot lead, Catlin opened with seven straight pars before holing a 12-foot birdie at the eighth and converting a five-footer to save par at the ninth to reach the turn three ahead.

Catlin hit a wayward drive at the par-five 11th tee and chunked a chip from the rough on his way to making a bogey, only to make amends with a winding long-range birdie at the 14th to go five ahead.

Kaymer reduced the gap to four by holing a six-foot birdie at the par-five 17th, with Catlin's lead cut further when he found water with his approach into the same hole and then thinned his chip over the green to post a bogey-six. 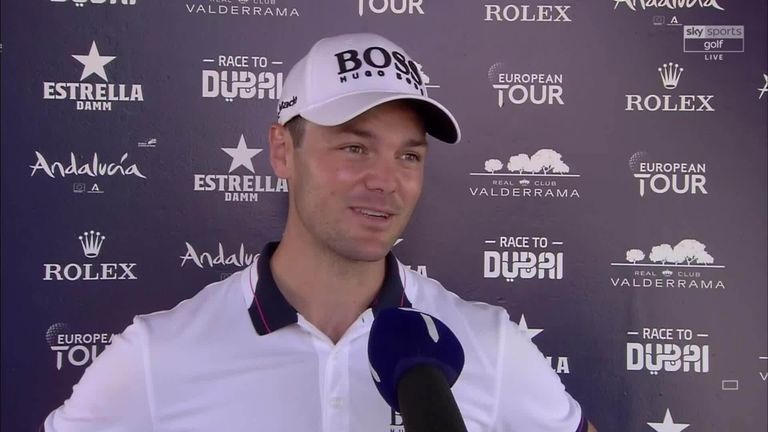 Catlin hooked his drive at the last and failed to get up and down from a greenside bunker to save par, with a second successive bogey closing a one-over 72 and dropping him back to two under.

Donaldson is also in a share of third after following back-to-back birdies from the 16th by bogeying the last, with Finland's Sami Valimaki in fifth spot and five behind after a bogey-free 69.

A round-of-the-day 68 lifted Adrian Otaegui into the group on three over alongside Wil Besseling, with Syme tied-eighth with Soren Kjeldsen, Guido Migliozzi and Justin Harding.

Who will win the Estrella Damm N.A Andalucia Masters? Watch the final round on Sunday live from 12.30pm on Sky Sports Golf!