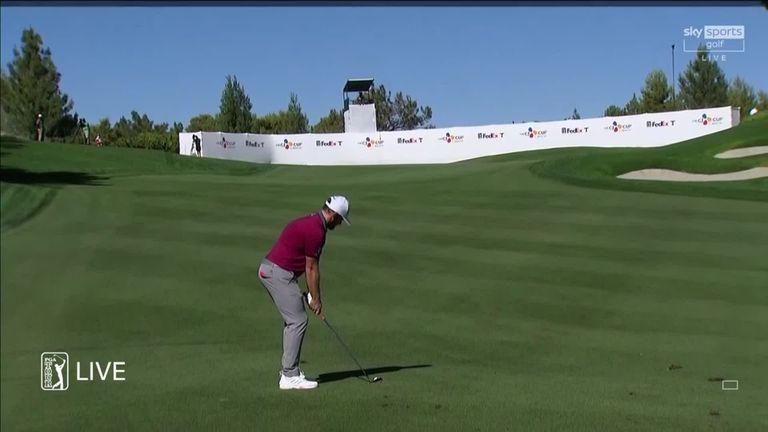 Tyrrell Hatton followed up his BMW PGA Championship victory by setting the early pace after the opening round of The CJ Cup in Las Vegas.

The CJ Cup at Shadow Creek

Hatton, who moved inside the world's top 10 for the first time in his career with victory at Wentworth on Sunday, continued his hot streak by overcoming jet lag to card a seven-under 65 at Shadow Creek.

The 29-year-old sits a shot clear of Russell Henley and Xander Schauffele, with Jon Rahm - who can leapfrog Dustin Johnson as world No 1 this week - two strokes back in fourth after an opening 67.

"We got off to a great start," Hatton said. "I imagine it would have been a lot tougher round if, being as tired as I was, we didn't quite have that momentum. To shoot that score today, I'm really happy."

Beginning on the back nine, Hatton got off to a hot start by opening with successive birdies and followed a hole-out eagle from the 12th fairway by draining a 25-footer at the par-four 14th. 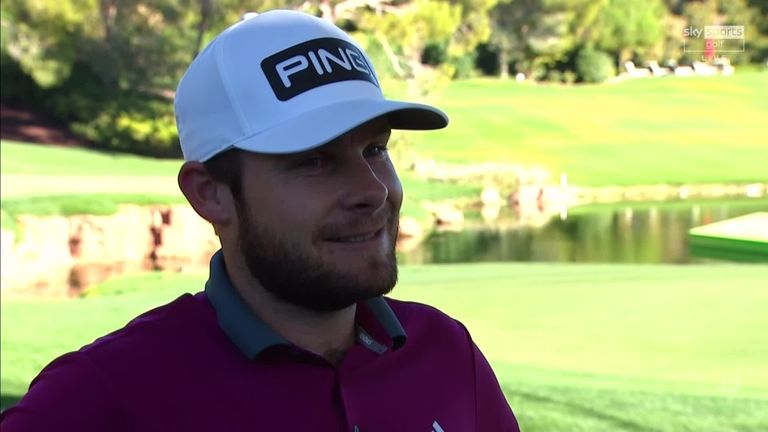 Hatton added a five-foot birdie at the 17th and picked up a shot at the first, before cancelling a first dropped shot of the day at the par-four next by holing from 10 feet at the par-five fourth.

The Englishman missed an eight-footer to save par at the sixth and failed to take advantage of the par-five next, only to roll in a nine-foot birdie at the par-three eighth and set the clubhouse target.

Henley birdied two of his last three holes to get to six under and Schauffele also closed out a six-under 66 late in the day, while Tyler Duncan jumped to tied-fourth alongside Rahm and Ian Poulter matched Matt Fitzpatrick's opening 69.

Defending champion Justin Thomas double-bogeyed his final hole after a wild tee shot to card a level-par 72, with Rory McIlroy a further shot off the pace after finishing with three consecutive bogeys.