PGA Tour: When will crowds be allowed to return in 2021?

Most PGA Tour events have been played without fans during the coronavirus pandemic; several tournaments remain hopeful of following Covid-19 protocols and being allowed to have "limited spectators" in 2021 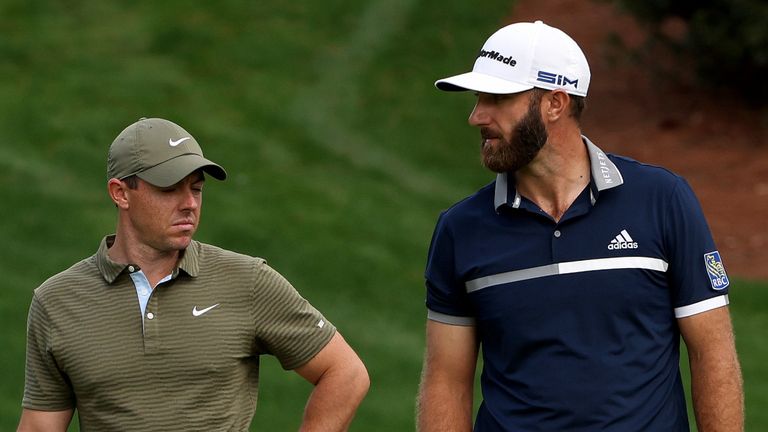 The PGA Tour has largely been played without spectators since its resumption in June, with uncertainty remaining on when fans will be able to return on a regular basis.

Only three events have allowed spectators in recent months due to the ongoing coronavirus pandemic, while most tournaments in the weeks ahead are also set to proceed without crowds.

The Bermuda Championship in October was the first PGA Tour event to have an on-site fan presence since The Players was cancelled mid-tournament in March, allowing 500 people per day, with the Vivint Houston Open and Sentry Tournament of Champions also being played with limited fans.

All other tournaments have gone ahead "behind closed doors", with plenty of events in the early part of 2021 already confirming they will do the same due because of Covid-19 restrictions.

The American Express - January 21-24 - The event will take place without fans and played across two courses rather than three, using PGA West's Stadium Course and Nicklaus Tournament Course.

Organisers had originally planned for the multi-day pro-am format to continue, but confirmed on January 7 that the pro-am element has been scrapped for the first time in the tournament's history.

Farmers Insurance Open - January 28-31 - The event where Tiger Woods traditionally starts his year will be spectator-free in 2021, with organisers confirming on November 30 that fans wouldn't attend due to the pandemic.

Phoenix Open - February 4-7 - TPC Scottsdale usually provides the biggest crowd of the season, with over 700,000 people attending the 2019 tournament, with officials still working on having a limited number of fans - reported to be up to 8,000 a day - attending this year's event in Arizona.

We still have face space available at 16! By making a tax-deductible donation to Thunderbirds Charities, you can place your face or your family & friends faces at the 16th hole, all proceeds benefit local AZ Charities. Visit https://t.co/Dsuv7wkZrV to reserve a spot today! pic.twitter.com/JgDTX77bdQ

The iconic par-three 16th - known as the "loudest hole in golf" - will look very different this time around, with a stadium still surrounding the hole but significantly scaled back due to the smaller presence of spectators.

A further announcement on January 14 confirmed the tournament will only be played across two courses - Pebble Beach and Spyglass Hill - rather than the traditional three, with the pro-am competition also cancelled.

Genesis Invitational - February 18-21 - The last of the "West Coast Swing" tournaments had proposed a limited number of fans being on-site at Riviera Country Club, but confirmed on January 12 that the event would join the growing list going ahead without crowds.

WGC-Mexico Championship - February 25-28 - The PGA Tour confirmed on January 16 that the tournament would move from Mexico to The Concession Golf Club in Florida and have a new title sponsor because of "logistical challenges" posed by Covid-19.

The tournament will be played without general admission spectators and will only be open to Concession members and guests.

According to multiple sources WGC Mexico is relocating to FL (likely Naples) for 2021, and then likely internationally in ‘22 and ‘23 as part of Euro Tour strategic alliance. 3 year deal w/ new sponsor.

Announcement likely this wknd. T’s and P’s up for Grupo Salinas & Geronimo.

Arnold Palmer Invitational - March 4-7 - An announcement on January 21 confirmed that attendance will be limited to 25 per cent of capacity and multi-day tickets will not be available, with no fans allowed for practice rounds or Pro-Ams earlier in the week.

The Players - March 11-14 - A year on from golf's coronavirus-enforced shutdown, tournament officials are looking to host a limited number of ticketed spectators and guests.

A date for tickets going on sale has yet to be released, although work has begun on a "reduced number of on-site venues" being built.

Honda Classic - March 18-21 - Organisers announced on January 11 that limited fans will be allowed to attend, with an exact number to be confirmed at a later date, while the infamous "Bear Trap" being redesigned to ensure it follows social distancing guidelines.

The grandstands surrounding the 16th and 17th holes will be split into three sections and offer limited seating in blocks of two or fours, while spectators will be required to wear a mask across the course.

WGC-Dell Technologies Match Play - March 24-28 - No update has been given on whether fans will be able to purchase tickets for the 2021 contest, with the host city of Austin currently under "Stay Home, Mask, and Otherwise Be Safe" orders until at least mid-February.

Valero Texas Open - April 1-4 - Tickets are yet to go on sale for the 2021 tournament, with no announcement made on the number on spectators that are set to attend.

The Masters - April 8-11 - Augusta National Chairman Fred Ridley confirmed on January 12 that they plan to allow a limited number of spectators for the Masters on April 8-11, provided it can be done safely amid the COVID-19 pandemic.

Ridley said it will be conducted with similar health and safety standards to those implemented during the November contest, played without fans, that included mandatory testing for the coronavirus and masks being worn to prevent its spread.