Collin Morikawa to make his tournament debut at the Omega Dubai Desert Classic; PGA Championship winner is one of four players from the world's top 20 in action - watch live throughout the week on Sky Sports Golf 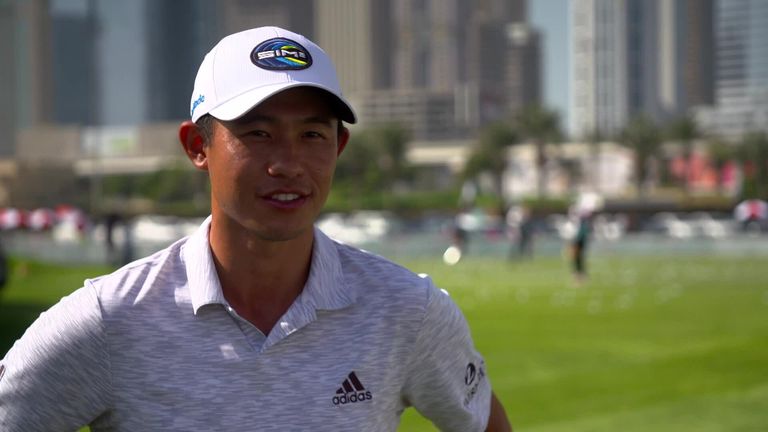 The world No 4 headlines a strong field at Emirates Golf Club for the second event of the European Tour season, arriving off the back of consecutive tied-seventh finishes on the PGA Tour in Hawaii.

Strict health protocols have been in place on the European Tour during recent months, including regular testing and a "bubble" system in operation - where players and staff are required to travel solely between the course and hotel during tournament week - with Morikawa impressed by the safety measures in place to limit the spread of Covid-19.

"This has been an event I knew I was going to come out and play, there were no second thoughts," Morikawa said. "Obviously with what's going on with Covid and regulations and bans to travel in and out of countries, you just have to be aware and stay up-to-date with what's coming at us.

"You never know and now we have to test coming back in (to the USA), but for my sake, the people around me, my team, all we're trying to do is be as safe as possible.

"I think the European Tour has done an amazing job with this bubble. It's very different; I said it last time I was out here, it's very different than what we have in the US, but they are doing it right.

"Guys aren't testing positive and even though we're stuck in our hotel rooms and out on the golf course, at the end of the day, we can come out here and play some golf, which is everything we could ask for."

Morikawa is making his second appearance in as many months in Dubai, having teed it up at the season-ending DP World Tour Championship, with the PGA champion keen to build on a strong start to 2021.

"It's obviously a long trip over here from the West Coast, 12-hour time difference, but for me it's exciting, come out here and compete with some guys that I know and some guys that I've obviously seen a lot," Morikawa added.

"This week is going to be a great test. The course is in great shape for the most part, greens are a little iffy, but off the tee you have to hit some really good tee shots and you have to keep it in the fairway.

Watch the Omega Dubai Desert Classic throughout the week live on Sky Sports. Live coverage begins on Thursday from 4am on Sky Sports Golf.