WGC Match Play: Dustin Johnson warned by Kevin Na before being knocked out by Bob MacIntyre

Huge drama in Group 1 at the WGC Match Play as Dustin Johnson was given a warning by Kevin Na for a breach of match play etiquette, and then Bob MacIntyre drove the green at the last to knock the world No 1 out of the event. 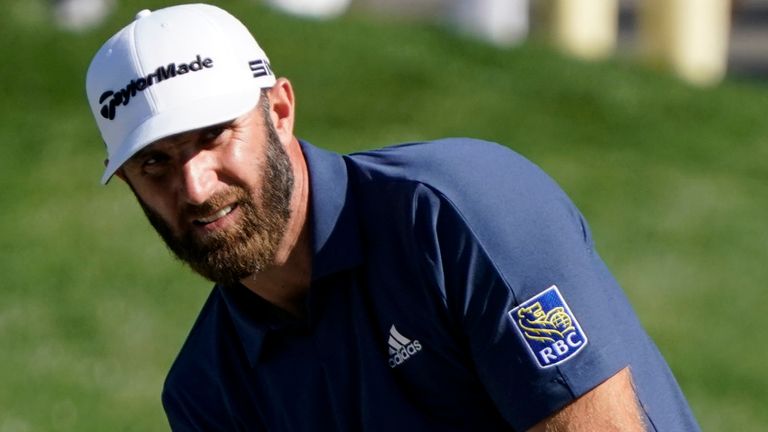 Dustin Johnson was dumped out of the WGC-Dell Technologies Match Play after a rules controversy and then a stunning drive from Bob MacIntyre on the final hole.

Johnson was warned by Kevin Na over a breach of match play etiquette on the 11th green, and the atmosphere between the two was frosty for the remainder of their match as Na claimed his first win of the week.

But the world No 1 had salt rubbed into his wounds as he lined up a crucial par putt at the 18th, when a ball suddenly rolled on the green and came to rest within three feet from the flag.

Johnson was somewhat surprised to learn that the rogue ball belonged to MacIntyre, who needed to win the final hole to halve his clash with Adam Long and smashed a 370-yard drive that found the green, and it was the shot that knocked Johnson out of the tournament.

With Long unable to make birdie from 30 feet moments after Johnson's defeat to Na, he conceded the eagle putt to MacIntyre which ensured the 24-year-old Scot finished top of Group 1, with one win and two halved matches taking him half a point ahead of the world No 1.

"I had probably one of the best and one of the luckiest golf shots I've hit in my life," said MacIntyre, who was three down at the turn before he won three of the next four holes, only for Long to reclaim the lead with a birdie at the 15th. 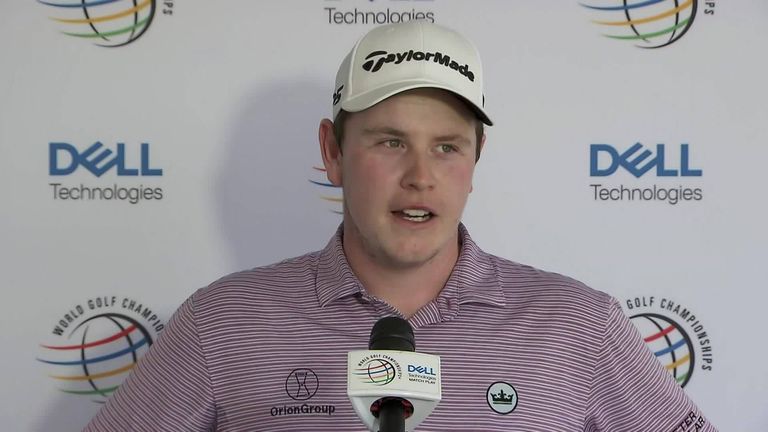 "I had a bit of bad luck here and there and managed to turn it around right at the end, and it's one of those things. You've just got to keep fighting until the end, and it just shows anything can happen in this game.

"I was three down through nine, and Mike [caddie, Mike Thomson] gave me a shake on the 10th tee, telling me 'we've got to keep fighting here'. That's something that I normally always have inside me, but my head was down through nine and I didn't know where to go, but we just kept giving ourselves chances, and it just so happened to turn around at the right moment." 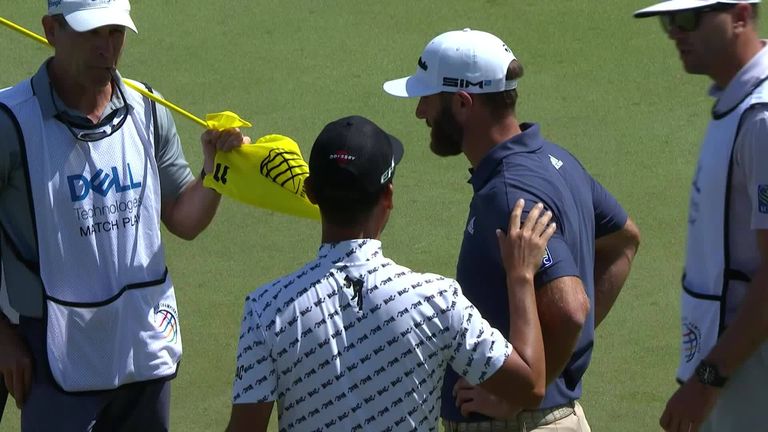 MacIntyre will now prepare for a last-16 showdown with possible Ryder Cup team-mate Victor Perez, while Johnson was left to lick his wounds and reflect on his altercation with Na at the 11th.

Johnson lipped out for a birdie that would have won the hole and squared the match, and he picked up his ball before it had been conceded by Na - an incident similar to the controversy between Sergio Garcia and Matt Kuchar in 2019.

On that occasion, Garcia picked up his ball when it was beside the hole and Kuchar claimed the hole as he had not conceded the putt. But, unlike Kuchar, Na sportingly agreed to half the hole with Johnson after reminding him of the need to wait for a clear concession.

Na explained: "His putt lipped out and and he had six inches and obviously it's good, but I hadn't said anything and he whacked it. I froze there, and I wasn't going to say 'that's a penalty, you're going to lose the hole'. I was going to say, 'you know what, that was good anyway', but I didn't want to be over my putt and be thinking about that.

"So I called him over and said, 'Hey, I'm not going to take the hole a from you but I just want to let you know before I said something you whacked the ball. But I'm going to give that putt to you so we'll call it a halve and go to the next hole'.