"I'm excited to tee it up at the Scandinavian Mixed and to be back playing competitively in my home country of Sweden for the first time in 13 years"; Annika Sorenstam will be back playing on home soil this summer 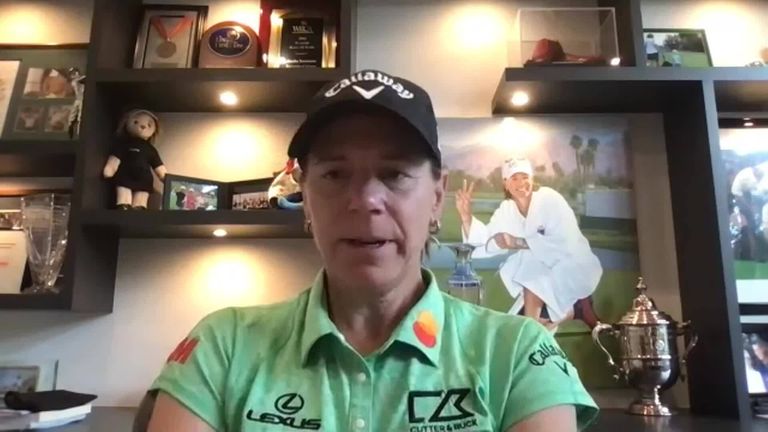 Annika Sorenstam has confirmed she will play alongside Henrik Stenson when they host the Scandinavian Mixed Hosted by Henrik and Annika in Gothenburg this summer.

The mixed tournament will feature 78 men and women from their respective European Tours, with Sorenstam competing in her homeland for the first time since her retirement from professional golf, 13 years ago.

The 10-time major champion returned to action on the LPGA Tour earlier this year and made the halfway cut at the Gainbridge LPGA in Florida, and she is relishing the chance to play in front of her home fans together with 2016 Open champion Stenson in June.

"I'm excited to tee it up at the Scandinavian Mixed and to be back playing competitively in my home country of Sweden for the first time in 13 years," said Sorenstam, a winner of 89 titles worldwide during her glittering professional career.

"Since retiring in 2008 I have dedicated a lot of my time to the ANNIKA Foundation, which hosts seven global events for junior girls each year, including the ANNIKA Invitational Europe which will be at Isaberg Golf Club in Sweden following this year's tournament.

"So I felt like it was a perfect opportunity to actually play in this historic event bringing women and men together in a combined professional tournament.

"It is another way to bring our game to the younger generation in Sweden and for those watching around the world, showcasing that golf is truly a game for everyone."

Stenson added: "I'm delighted that Annika, one of the greatest golfers the world has ever seen, will be teeing it up at Vallda this June.

"It's going to be a great week and I'm sure a real thrill for all of the players in the field to have someone of Annika's stature playing in the tournament. I can't wait to see the dynamics of having both men and women going head-to-head for the same trophy and putting it all on the line come Sunday afternoon.

"Our hope is that through the Scandinavian Mixed, and many other golf tournaments, Annika and myself can help inspire the next generation of golfers in Sweden and around the world.

"The Henrik Stenson Foundation is committed to helping children with a dream by providing the initial spark to start them on their mission in life, with our initial focus on Paragolf and junior golf, delivering international events and scholarships highlighting the inclusive nature of our game."

The unique format will offer a prize fund of €1m, with world ranking points counting towards the European Tour and Ladies European Tour, while LET members will also earn points towards qualifying for the Solheim Cup.