Tony Finau and Cameron Champ sit in tied-second with Australian duo Marc Leishman and Cameron Smith, while 15 teams head into the final day within four shots of the lead; watch the final round live on Sunday from 5.30pm on Sky Sports Golf. 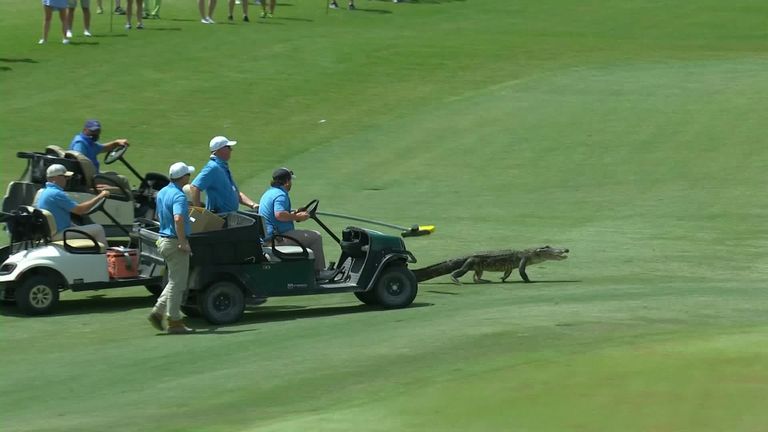 A look back at the best of the action from the third round of the Zurich Classic of New Orleans at TPC Louisiana.

Louis Oosthuizen birdied his last three holes to move him and Charl Schwartzel into a narrow lead heading into the final round of the Zurich Classic of New Orleans.

Oosthuizen's fast finish closed out a combined nine-under 63 in the fourball format at TPC Louisiana, taking the South African pair to 19 under and giving them a one-shot advantage heading into the Sunday foursomes.

Schwartzel rolled in a 60-footer at the third and posted back-to-back birdies from the seventh to see them turn in 33, with Oosthuizen holing from 20 feet at the 11th and watching his playing partner card successive gains over the next two holes. 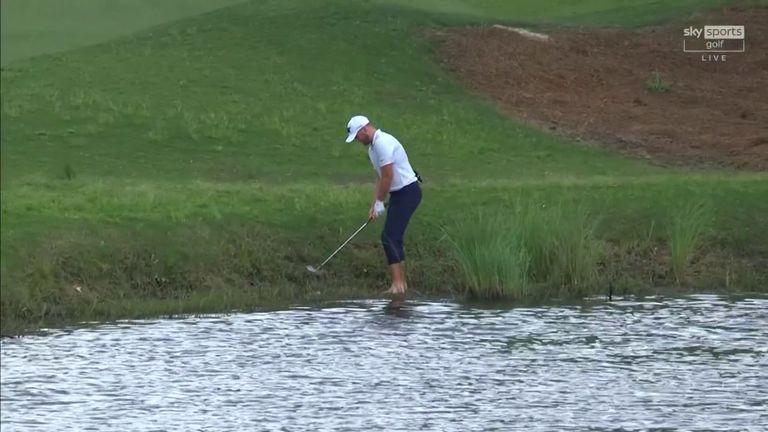 Wyndham Clark went inches away from an unlikely hole-out during the Zurich Classic of New Orleans, after hitting his approach bare-footed from the water!

Oosthuizen made a 10-foot birdie at the 16th and drained a 35-footer at the par-three next, with the 38-year-old then adding a tap-in birdie at the par-five last to set a clubhouse target that couldn't be matched.

"I think anyone within four shots of the lead has got a chance with the format that it is tomorrow," Oosthuizen said. "It's going to be tough. We need to play really well."

Tony Finau and Cameron Champ sit in tied-second with Australian duo Marc Leishman and Cameron Smith, with Bubba Watson and Scottie Scheffler two off the pace alongside the Norwegian pairing Viktor Hovland and Kris Ventura.

Leishman and Smith birdied six of their opening eight holes on their way to matching the third-round 63 posted by the leading pair, while Finau birdied the final hole of the day to keep him and Champ within one of the lead.

"I think we have a good chance," Leishman said. "A lot can happen in foursomes and there's so many other good players up at the top of the leaderboard. A lot has to go right, but hopefully we can do our job and make some birdies and give the guys ahead something to think about."

Thomas Pieters and Tom Lewis moved within three of the lead after also shooting a nine-under 63 and equalling the lowest round of the day, with defending champions Jon Rahm and Ryan Palmer a further stroke back in the group tied-ninth.

Who will win the Zurich Classic of New Orleans? Watch Featured Group coverage via the red button on Sunday from 3.30pm on Sky Sports Golf, ahead of full coverage from 5.30pm.