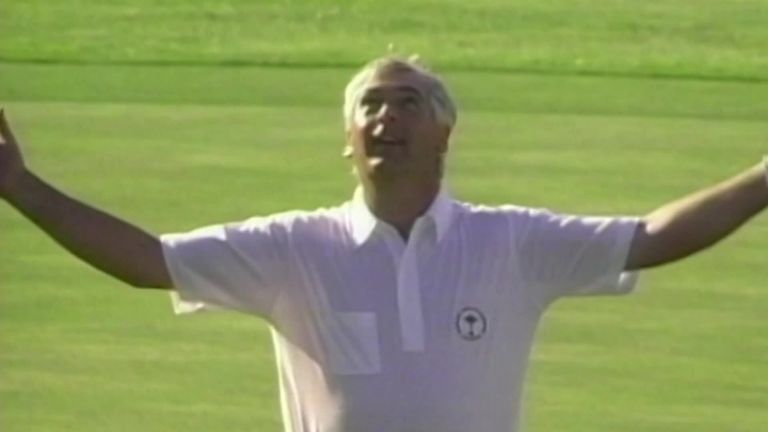 Christy O'Connor Jnr hit one of the most iconic shots in Ryder Cup history at The Belfry in 1989, but can today's professionals threaten the pin with a 30-year-old two-iron?

O'Connor, 41 years young, was the hero for Europe as Tony Jacklin's side struggled to retain the trophy, and the Irishman needed to beat Fred Couples to ensure a 14-14 draw with Team USA ahead in last four matches.

The pair arrived at the 18th all-square, and the advantage Couples had in distance was abundantly evident when he pulled his drive but still had plenty in hand to make the carry over the hazard and leave himself just a nine-iron for his second. O'Connor, after a perfect drive, chose a two-iron!

Needing to hit the shot of his life, O'Connor was up to the challenge and drilled his approach to four feet, prompting the loudest cheers of the week and piling the pressure on his opponent, who hit his nine-iron over the green and failed to get up and down.

O'Connor, who passed away five years ago aged 67, had his momentous shot immortalised with a plaque in the middle of the 18th fairway on the Brabazon Course, venue for this week's British Masters, hosted by Danny Willett.

Sky Sports News reporter Jamie Weir challenged a number of players in the field to attempt to emulate O'Connor's shot during their practice rounds earlier this week, including former Ryder Cup stars Willett and Jamie Donaldson.

Could anyone get it to four feet? Watch the video above to find out ...