Seven-under 63s gave Jordan Spieth and Sergio Garcia a share of the lead at Colonial Country Club, as PGA Championship winner Phil Mickelson struggled to a three-over 73 - watch throughout the week on Sky Sports Golf. 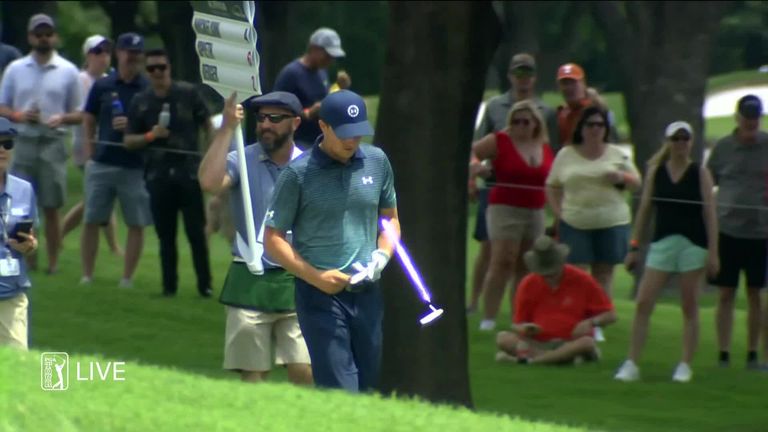 Sergio Garcia and Jordan Spieth hold a share of the lead after the opening round of the Charles Schwab Challenge in Texas.

The former Masters champions carded bogey-free 63s at Colonial Country Club, a venue at which they have both previously won, with Spieth grabbing the early advantage after posting seven birdies in his blemish-free start and Garcia mixing an eagle with five birdies in tougher afternoon conditions.

Erik Compton and Jason Kokrak sit two strokes back in tied-third and Brandt Snedeker is in the group three off the pace on four under, while Phil Mickelson - making his first appearance since his history-making win at the PGA Championship - struggled to an opening-round 73.

Spieth, beginning on the back nine, birdied two of his opening three holes and holed a 20-footer at the 17th to reach the turn in 32, before converting a six-foot birdie at the second and then nailing a 10-footer to save par at the next.

The former world No 1 ended a run of pars by making a 15-foot birdie at the seventh and then chipping in from off the next green, with an impressive wedge into the par-four ninth setting up a closing birdie to set the clubhouse target.

"It's hard to go any lower," Spieth said. "I thought coming out knowing it was going to be windy, I thought shooting somewhere around four under would have been a great round, so I got a bonus few."

Garcia, 20 years on from claiming his maiden PGA Tour victory at this event, made a two-putt birdie from the fringe at the par-five first and followed back-to-back gains from the eighth by holing a 20-footer at the tenth. 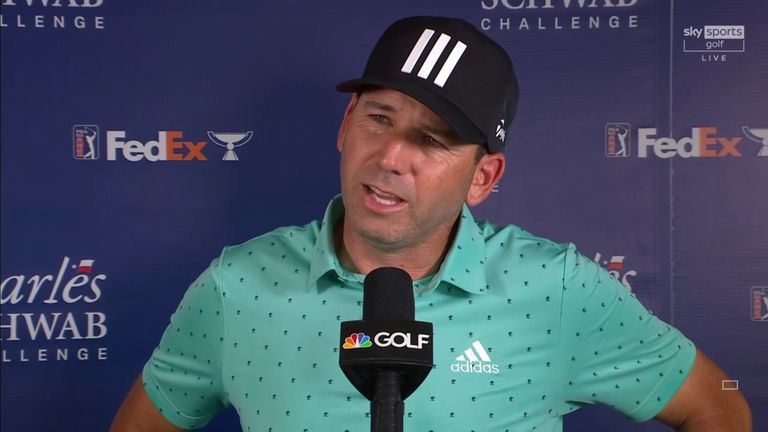 The Spaniard made an unlikely hole-out eagle from a greenside bunker at the 11th and made a six-foot birdie at the 15th to move into a share of the lead, with Garcia denied the solo advantage after seeing a birdie opportunity lip-out on his final hole.

English pair Justin Rose and Ian Poulter are on two under alongside Patrick Reed, while Collin Morikawa is six off the pace and Billy Horschel dropped down the leaderboard after five consecutive bogeys on his back nine.

World No 2 Justin Thomas - the highest-ranked player in the field - battled back to a two-over 72, despite dropping four shots in a three-hole shot around the turn, with Mickelson also left with work to do to make it through to the weekend after only making two birdies in his opening round.

Watch the Charles Schwab Challenge throughout the week live on Sky Sports. Live coverage continues with Featured Groups on Friday from 1pm via the red button on Sky Sports Golf.