Brooks Koepka made an impressive start to his bid for a third US Open victory in five years, posting an opening-round 69 at Torrey Pines, as Matthew Wolff also made an encouraging start in his return to action 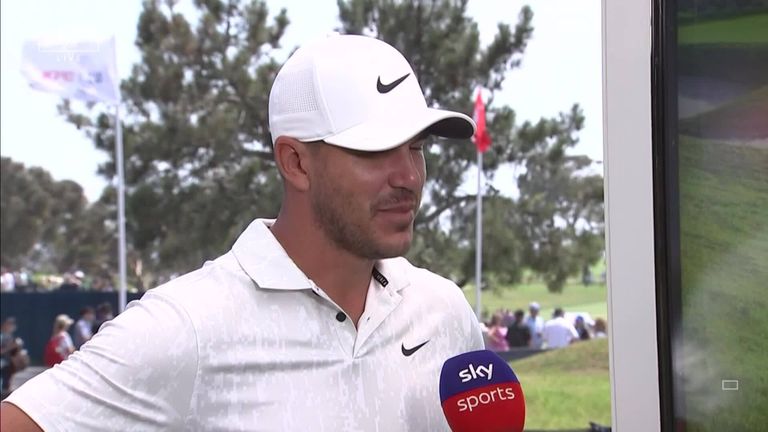 Brooks Koepka continued to build on his impressive US Open record by getting within two strokes of the early lead at Torrey Pines.

The four-time major champion claimed back-to-back victories in 2017 and 2018 and finished runner-up to Gary Woodland in 2019, before missing last year's contest through injury.

Koepka, who finished joint-second behind Phil Mickelson at last month's PGA Championship, put himself in position to challenge for further major success after carding a two-under 69 on Thursday.

"I mean, you can't win it today but you can definitely lose it," Koepka said. "It was nice to get off to a good start, putted well, drove it well on the back nine, my front.

"Missed a couple fairways there. I missed them on the correct side, which is what you've got to do, depending on where the pin location is and get lucky enough where you've got a decent lie and get it there. Pretty pleased. Not the best, but I'll definitely take it.

"I've just got a good game plan, focused, I know what I'm doing, and I don't try to do anything I can't. It's just all about discipline in a US Open. That's I guess the gist of it."

Koepka followed a birdie at the 12th with back-to-back gains from the 17th and briefly moved into the outright lead by holing from 10 feet at the second, before bogeys at the third and seventh saw him slip two strokes behind early pacesetter Russell Henley.

He added: "It [playing a US Open] is a lot simpler than what guys make it. Yeah, I think a lot of guys make it more difficult than it needs to be. Just got to understand where the flag is, what you're doing and where to miss it."

US Open: R1 as it happened

A look back at the best of the action from the opening round of the 121st US Open.

Last year's US Open runner-up Matthew Wolff is a further stroke off the pace, having posted a one-under 70 in his first competitive appearance since being disqualified from the Masters in April for signing an incorrect scorecard.

Wolff, who has struggled for form and through injury in recent months and has not recorded a top-25 finish since October, mixed eight birdies with five bogeys and two double-bogeys during an eventful opening round.

"A lot of good, a lot of bad," Wolff said. "I started off really strong and made quite a few putts at the start of my round and stumbled a little bit. But it's the US Open, everyone's going to stumble.

"I would be very impressed if someone went 72 holes without a double-bogey, even just a double-bogey, because that would be really good. With how fast the greens are and how thick the rough is, stuff is going to happen and things aren't always going to go your way. I think I handled it pretty well today and a lot better than I have in the past.

"I took a good amount of time off. The last month and a half has just been really just trying to get myself to enjoy myself again and be happy. Like it's awesome that I played well, I mean, I'm thrilled, but no matter what happened today the score that I shot, I've just have been having fun and I haven't had fun out here in quite a while."