Laird Shepherd produced an incredible comeback to win The 126th Amateur Championship, beating Monty Scowsill in the final to secure an invite to The 149th Open, The Masters and next year's US Open. 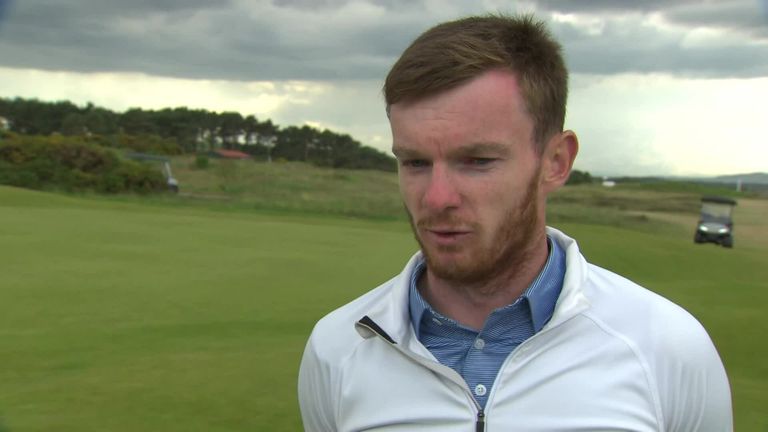 Laird Shepherd secured his place in three of the next four major championships after producing an epic comeback to win the 126th Amateur Championship.

The Englishman found himself eight down in the 36-hole final against compatriot Monty Scowsill at Nairn Golf Club and was still seven behind with 14 holes to play, only for him to battle back in spectacular fashion.

Shepherd won the last four holes to take the contest to extra holes, with both players making par at the first play-off hole before Shepherd snatched victory with a par on the 38th hole.

Victory ensures Shepherd will be in the field for The 149th Open next month at Royal St George's, with the 23-year-old also set to secure an invite to The Masters and next year's US Open.

"I was honestly more concerned about not making an embarrassing record-breaking defeat," Shepherd said. "Monty played so good in the morning, so composed, and I didn't really have my game. To turn it around was unbelievable."

Scowsill produced three straight birdies from the fifth - including a chip-in from the back of the sixth green - and won back-to-back holes from the ninth, with a three-putt from Shepherd at the 14th moving him six ahead.

A two-putt birdie at the driveable par-four 15th increased Scowsill's lead and he moved eight ahead when Shepherd three-putted the 17th, only to lose his first hole of the day by going out of bounds at the 18th.

Both players bogeyed the 22nd hole and a first birdie of the day from Shepherd reduced the deficit to six, with successive gains from the 26th cutting Scowsill's lead to four.

Scowsill briefly went five ahead with just seven to play when Shepherd bogeyed the 29th, only to lose the next hole and then see Shepherd win each of the last four holes - including with birdies at the 33rd and 35th - to extend the contest.

Shepherd's stunning comeback as complete when Scowsill three-putted for bogey at the 38th hole, seeing him join a roll of honour that includes the likes of José María Olazábal and Sergio Garcia.