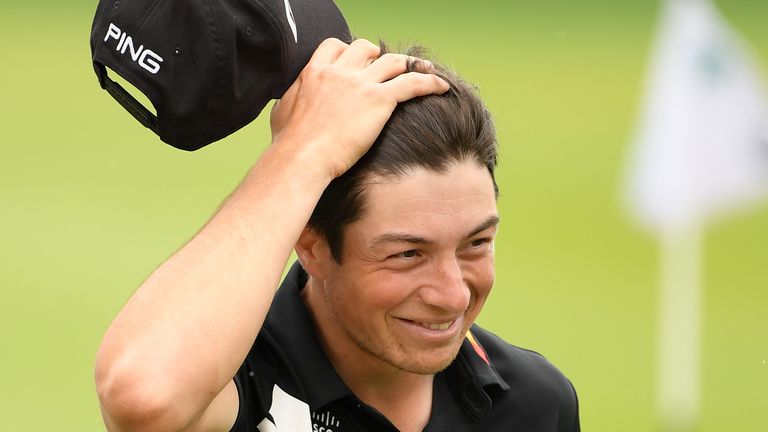 Viktor Hovland is within sight of creating European Tour history after cruising to a 64 which earned him the 54-hole lead at the BMW International Open in Munich.

Hovland took the attack to the Golfclub Munchen Eichenried course and carded eight birdies, including five over the last eight holes as he opened up a three-shot lead over Jorge Campillo at the end of the third round.

The 23-year-old is making only his second professional appearance on European soil, and his first since the 2019 BMW PGA Championship, and victory on Sunday would make him the first Norwegian to win on the European Tour.

Hovland's march to a commanding lead looked unlikely in the early stages of day three, particularly when he drove into water at the fourth, as 2014 Ryder Cup star Victor Dubuisson raced to the top of the leaderboard when he followed an eagle-two at the fourth with four birdies over his next seven holes.

But the flamboyant Frenchman littered his card with four bogeys on the back nine as Hovland, who scrambled a par at the fourth, began to get the birdie putts to drop, making fours at the first three par-fives before adding three birdies in four holes from the 13th.

Hovland took the scenic route up the final hole, but the end result was all that mattered as he holed from 20 feet for his eighth birdie of a bogey-free round, taking him to 17 under par for the tournament.

"It was great, always nice to get off to a good start, birdieing the first hole," said Hovland, who would all-but guarantee a Ryder Cup debut if he can hold onto his lead on Sunday. "I hit the drive in the water on four, but I made a really nice up and down there. 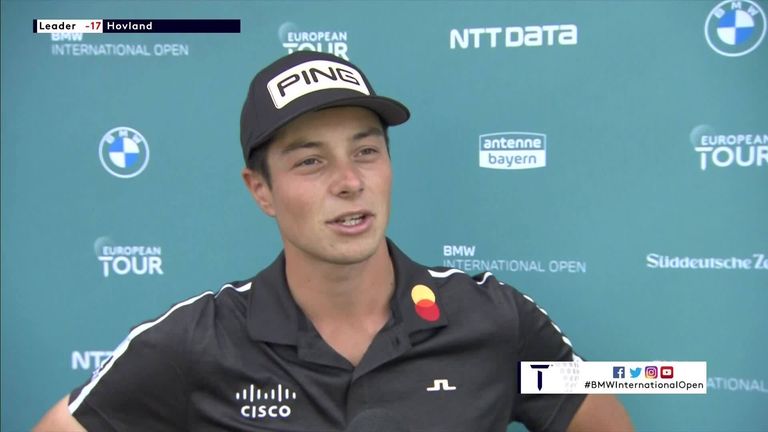 "After I birdied six and got myself settled a little bit I just trusted it and played some really good golf. The back nine I made a lot of putts. It's a great course, if you pull off the shots you can make some eagles and some really easy birdies, but there is water around and if you don't pull the shot off you can easily make a bogey.

"I've pulled off the shots more than I haven't, and even the few times I've hit it into the water I've managed to make some good pars and keep things going. I like to play aggressive and make as many birdies as I can."

But Hovland is also wary of the need for patience, adding: "I just try to stay within myself. Obviously I look at leaderboards to see where I'm at, but instead of trying to force things, I just tell myself at the start of the day just to take control of my own game.

"If I don't waste shots here and there, just play smart, trust that I'm doing the right things, I think I should have a really good shot tomorrow. We've had some runner-up finishes in the past, but yes it would be really cool for Norway to get our first European Tour win."

Hovland will be paired with Campillo in the final round after the Spaniard came home in 31 to return a 67 which earned him outright second on 14 under ahead of South African veteran Darren Fichardt, while overnight leader Niall Kearney laboured to a 72 to slip into a share of fourth with Bernd Wiesberger.

The Austrian had defied the pressure of playing with Ryder Cup captain Padraig Harrington over the first two days as he fired rounds of 67 and 68, but he lost some fluency on Saturday and was unable to birdie any of the par-fives, settling for a four-birdie 70.

Wiesberger will start the final round six shots behind the leader, while Andy Sullivan (69) is among five players at 10 under and just ahead of home favourite Martin Kaymer (70) and Dubuisson, whose disappointing back nine saw him card a 69.

And while Vincent Norrman is surely too far back to contend at seven under, the Swede was celebrating a rare feat on his professional debut after he made a spectacular albatross hole-in-one at the par-four 16th, his perfect three-wood finding the target from 270 yards.