Rory McIlroy finished tied-59th at the Dubai Duty Free Irish Open, with the four-time major champion also in action at the Scottish Open next week ahead of The Open at Royal St George's later this month 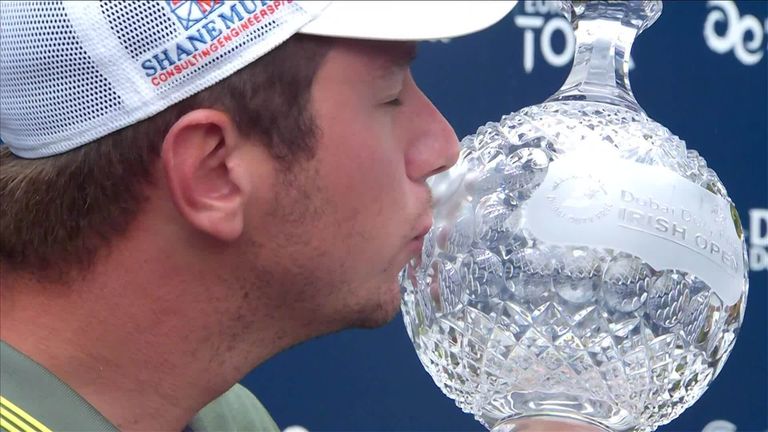 Rory McIlroy admitted he needs to work "pretty hard" on his game ahead of The Open after a disappointing display at the Dubai Duty Free Irish Open.

The world No 10 - the highest-ranked player in the field at Mount Juliet - failed to build on his second-round 67 as he slipped down the leaderboard with rounds of 73 and 74 over the weekend.

McIlroy finished the week in tied-59th and some 17 strokes behind tournament winner Lucas Herbert, with the Northern Irishman now heading to the Scottish Open to try and find some form ahead of the final men's major of the year the following week.

"I certainly don't feel as good about where I'm at compared to where I was after the US Open," McIlroy said. "But I've got another week to get ready and prepare and I obviously want to play well next week as well and have a chance to win.

"There's nothing better than preparing for a major championship by getting into contention the week before. But I need to work pretty hard on my game the next few days before heading into the Scottish Open.

"I didn't drive the ball well at all. I didn't hit a fairway with my driver. The rest of the game actually feels OK, but when you're not putting the ball in the fairway it's hard to score.

"I need to hit the ball in play and I think it's very much against how I play. I might just need to throw it back a bit and hit more irons off tees and get the ball in play, because that's what's going to help me at least avoid the big numbers.

"In some ways it's nice going to two links courses the next two weeks because there isn't as much of an emphasis on hitting a driver as a course like here, so sort of looking forward to that. I feel like I've got a pretty good two iron that I can hit a lot in the next couple of weeks and at least get the ball in play, because I feel like when I get the ball in play, I can actually play from there."

Defending Open champion Shane Lowry will head to Royal St George's off the back of a tied-23rd finish, with the Irishman pleased to end the week strongly with a final-round 66.

"That's probably why I've been so frustrated over the first few days because I feel like I have that round in me," Lowry said. "It was an easy six-under today. Nothing really special. It was kind of one of those days where probably could have been better.

"I'll be fine I think. I'm used to having that kind of label on my head and it's fine. I'll just go there and be myself and play my own game and hopefully it's good enough to have a chance at the weekend."