Jack Senior holds a one-shot lead after the opening day at the abrdn Scottish Open, where Justin Thomas and Lee Westwood are a shot back and world No 1 Jon Rahm is within two of the lead - watch live on Friday from 8am on Sky Sports Golf 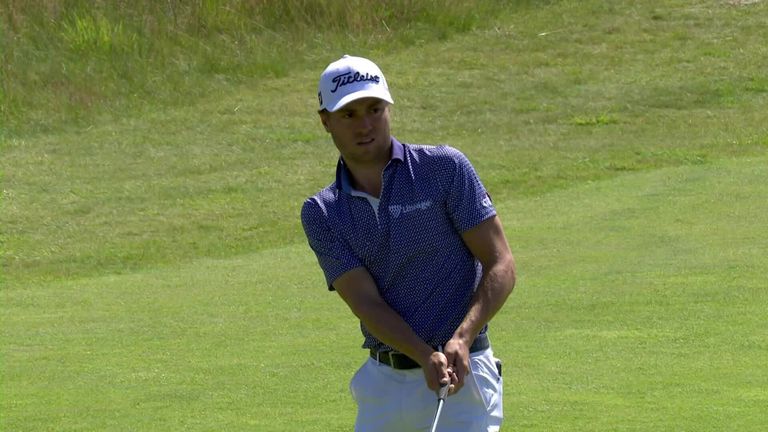 Justin Thomas carded a bogey-free 65 to get within a shot of the early lead at the abrdn Scottish Open, where Lee Westwood and Jon Rahm also impressed.

The world No 3 carded six birdies on a low-scoring day at The Renaissance Club to stay in touch with early pacesetter Jack Senior, who carded a seven-under 64 despite finishing his opening round with a bogey.

Westwood is also a shot off the pace and Rahm is two behind, while Rory McIlroy produced a strong finish to an erratic opening day by birdieing two of his final three holes to salvage a one-under 70.

"Obviously six under is great," Thomas said. "I'd love that every round of golf I play. Bogey-free made it pretty stress-free. I was a little disappointed with some of the iron shots I hit. Felt I could have hit them closer, but nice to play that last hole as well as I did to hopefully generate some momentum."

Thomas took advantage of the par-five third and followed a six-foot birdie at the fifth by nailing a 90-foot eagle at the seventh, before ending a run of pars by picking up a shot at the 16th and then birdieing the par-four last.

Westwood made the most of the early scoring conditions to also make a blemish-free start, posting six birdies on his way to setting the clubhouse target, only for Senior to mix eight birdies with a lone bogey - on his final hole - to jump top of the leaderboard.

"Just good from start to finish really," Senior said about his round. "Had a lot of good numbers in the fairway and could be aggressive to a lot of pins, and rolled the ball really well on the greens and capitalised on the chance I gave myself." 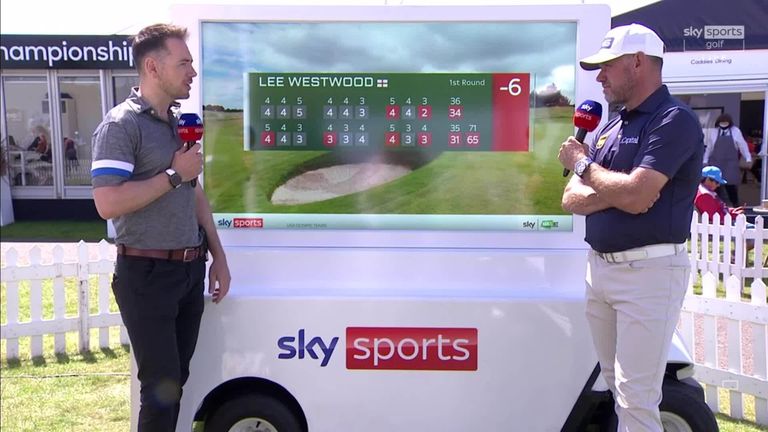 Rahm, making his first appearance since winning the US Open, also made a fast start with three birdies in his opening seven holes and cancelled out a bogey at the ninth by firing three consecutive birdies from the 11th.

The Spaniard failed to convert a six-footer to save par at the 15th but made a tap-in birdie at the par-five next, with Tommy Fleetwood - a runner-up to Aaron Rai at last year's event - a further stroke off the pace. 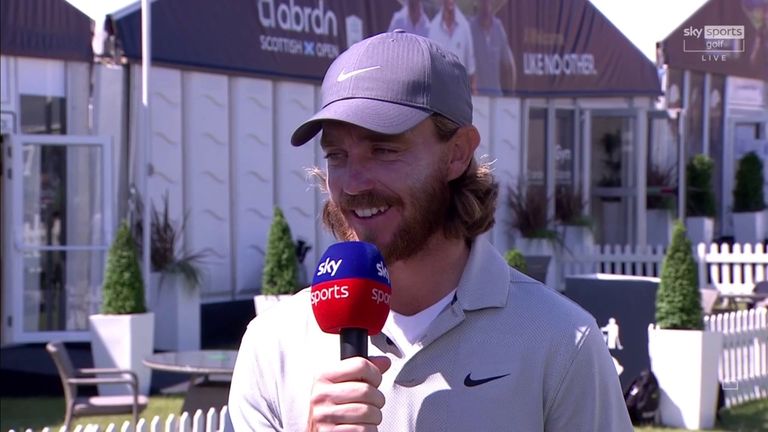 This week provides one last opportunity for players to book a last-minute invite to The Open, with spots available for leading three players at this week who are not already exempt. Senior, the first-round leader, is among those not yet in the field for Royal St George's.

Watch the abrdn Scottish Open throughout the week live on Sky Sports. Live coverage continues on Friday with Featured Groups from 8am on Sky Sports Golf and Sky Sports Main Event.