The Open: Remembering when Mark Roe got disqualified from the 2003 contest at Royal St George's

Mark Roe relives his story from The Open in 2003 at Royal St George's, where he was in contention for major victory until a scorecard error resulted in him and Jesper Parnevik being disqualified from the tournament. 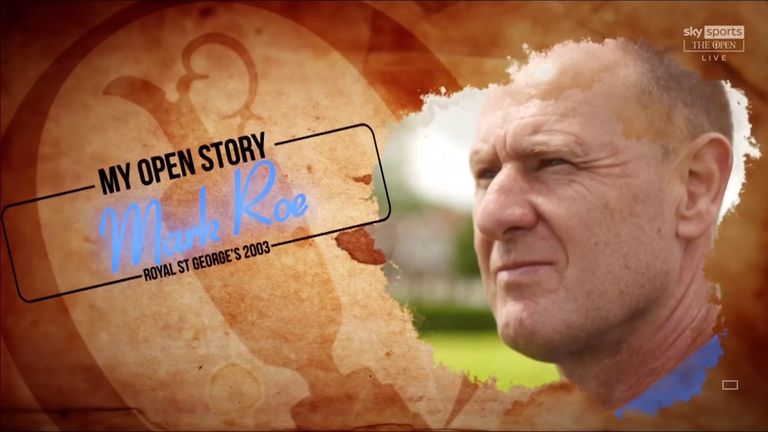 Ben Curtis was the surprise winner of The Open when it was held at Royal St George's in 2003, although the story could have been different had it not been for Mark Roe's costly mistake.

Curtis was a 500/1 outsider when he enjoyed a shock one-shot victory on the Kent coast, having set the clubhouse target and then watched Thomas Bjorn throw away a three-stroke advantage over the final four holes.

The American went into the final round that year two strokes off the lead and in the group tied-third, where Roe also thought he was going to be placed until being alerted about his heartbreaking error.

Roe, who went into the week as world No 305, had jumped up the leaderboard with a third-round 67 and was set to head into the final day still in contention for a career-changing major success.

The Englishman was playing alongside Jasper Parnevik, who struggled to an 81, with both players only realising after finishing their rounds that they had forgotten to swap scorecards before teeing off.

Both players had signed for incorrect scorecards, resulting in them immediately being disqualified, denying Roe a potential Sunday pairing with Tiger Woods and the opportunity to challenge for the biggest win of his life.

"When it was all said and done, and Ben [Curtis] had lifted the trophy and the programme had finished, then it hit me in a big way. I'm not ashamed to say that I went upstairs, sat on my own and shed a tear, because I thought I missed out on something that day.

The rule about signing the wrong scorecard has since been changed but it came too late for Roe, who never played in another major and then retired from professional golf at the end of 2006.

Will there be another surprise winner at The Open this week? Watch all four rounds live on Sky Sports' dedicated channel - Sky Sports The Open.