The Open: Billy Horschel struggles with mid-round dizziness as Will Zalatoris withdraws with injury

A one-under 69 leaves Billy Horschel eight shots off the lead at The Open, where he struggled with bouts of dizziness early in his second round; Watch throughout the weekend live on Sky Sports The Open 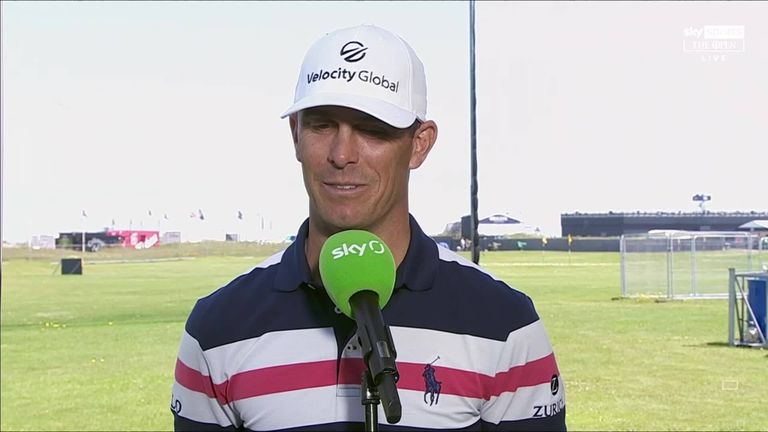 Billy Horschel admitted he was not sure whether he would be able to continue at The Open after struggling with bouts of dizziness during his second round at Royal St George's.

The former FedExCup winner, who received plenty of pre-tournament attention for his West Ham-themed golf bag, appeared in discomfort during the early part of his round and noticeably staggered as he walked towards his ball on the second green.

Horschel blamed poor nutrition as a possible reason for his discomfort, although recovered well to card a one-under 69 and leave himself well placed heading into the weekend.

"I feel better than I did earlier this morning!" Horschel told Sky Sports after his round. "Woke up, had a couple of bowls of Crunchy Nut Cornflakes, which is my normal breakfast over here, then walked off to the range and then all of a sudden started to feel dizzy.

"I was trying to walk straight and my body was taking me to my right, so I didn't know what was going on. Whenever I was over [a putt] and my head was in that [downward position] for that long, I just got real dizzy and didn't have balance.

"I didn't know I was able to get through the round, but fortunately having a couple of [nutrient] bars took care of the situation. I haven't done a good job of eating the proper foods over here. I've had a massive two weeks of cheating and had probably had more sugar than I normally have in my body.

"I think it [dizziness] was sort of low sugar in my body, so once I had more food in it then it took care of it. I'm going to make sure I lay off the Coke, the Snickers, the Wine Gums and all the delicious food you guys have here!"

The 149th Open: Day two as it happened

Relive the best of the action from the second round of The Open at Royal St George's.

One player unable to complete their second round on Friday was Masters runner-up Will Zalatoris, who withdrew ahead of his 3.21pm tee time due to injury.

Zalatrois injured his back while hacking out of the rough late in his opening round at Royal St George's, with the 24-year-old advised not to continue despite being under par for the tournament. 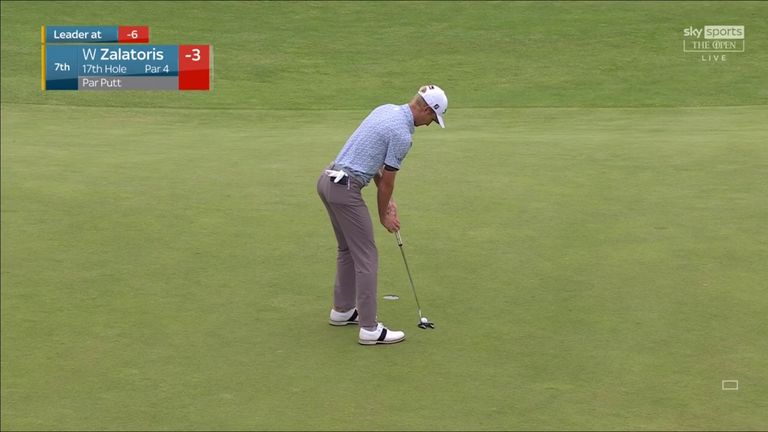 "I am beyond disappointed to pull out of The Open Championship this week," Zalatoris wrote on Instagram. "The second shot out of the heavy rough on #15 yesterday sent a tingling down my left leg and I have been advised not to risk any further damage to my back.

"I contemplated not finishing the round yesterday, but considering this is my first Open, I felt like I needed to finish the round - even if it meant embarrassing myself a little at the end, ha! 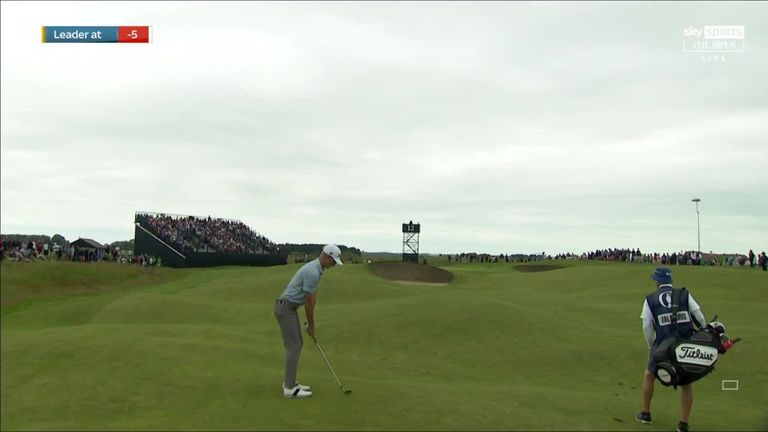 "I tried to hit some balls this morning and did some extra work in the gym with no improvement. I am completely gutted to not be moving forward in the championship.

"I look forward to coming back as soon as I can...thank you everyone for the support."

Watch The Open throughout the week live on Sky Sports' dedicated channel - Sky Sports The Open. Live coverage continues Saturday from 9am.