Stephen Dodd posted a third-round 62 to tie the lowest round in the history of The Senior Open and also equal the course record at Sunningdale's Old Course; Jerry Kelly sits two strokes back in second ahead of Darren Clarke 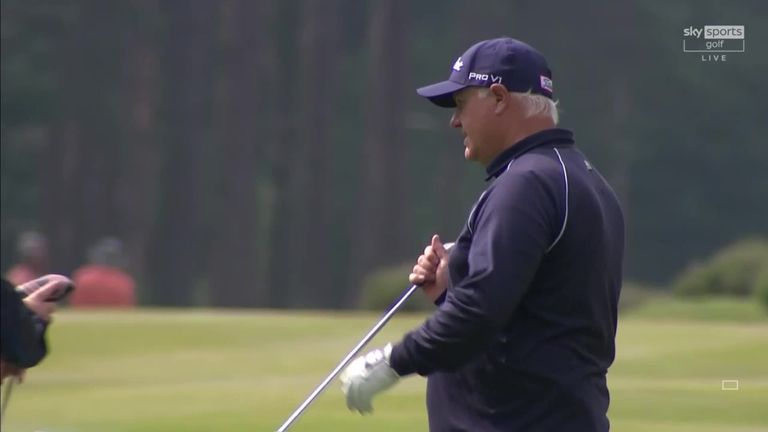 Stephen Dodd charged up the leaderboard to take a two-shot lead into the final round of The Senior Open presented by Rolex.

The Senior Open presented by Rolex

The Welshman equalled the course record at Sunningdale and tied the lowest round in Senior Open history with an eight-under 62, mixing nine birdies with a lone bogey on the par-70 layout to get to 10 under and pull clear of nearest challenger Jerry Kelly.

Overnight leader Darren Clarke fell three behind after a level-par 70, while Miguel Angel Jimenez is one of three players tied-fourth and four back after an opening-hole albatross helped him to a third-round 67. 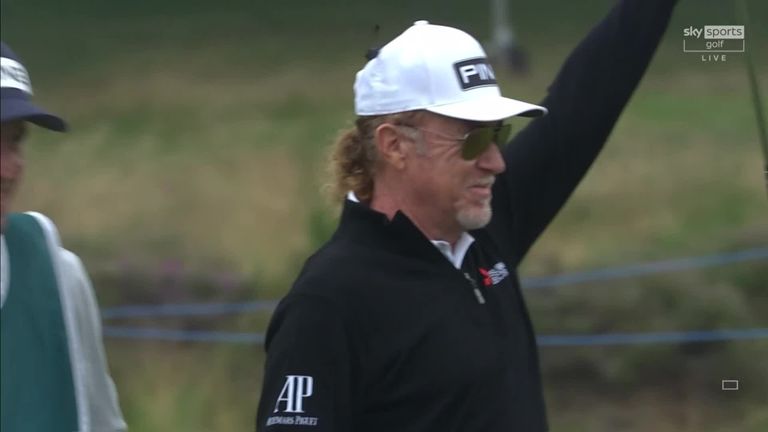 "I wasn't really sure what was going to happen today because it was pretty poor yesterday," Dodd said. "I suppose I got lucky once or twice early on. They weren't very good shots, but it went close, and I started to hit some good shots in the back nine."

Dodd went into the weekend five off the pace but quickly closed the gap on the overnight lead with four birdies in his first five holes, including a 60-footer at the fifth, before converting from 10 feet at the seventh and getting up and down at the driveable ninth hole to reach the turn in 29.

The 55-year-old responded to a bogey at the 10th and a missed chance at the 12th by knocking his tee shot to five feet at the 13th and start a run of three consecutive birdies, with pars over the last three holes seeing him set a clubhouse target that could not be matched.

Kelly posted a two-under 68 and was briefly within one of the lead until a bogey at the par-four 16th, while Clarke - who started the day one ahead - dropped three back after carding a penultimate-hole double-bogey.

"Every time I made a birdie, I just ended up making a bogey," Kelly said. "Those poa annua greens, they're tough. But I need to go figure a little something out. I didn't have speed or lines. I'm still in the tournament. So, you know, a good one tomorrow, you don't worry about today. So that's kind of the mindset."

Jimenez is joined on seven under by Paul Broadhurst and defending champion Bernhard Langer, who birdied the last to salvage a level-par 70, with Ernie Els five off the pace in six under.

"It was a bit of a relief, it has been a real struggle today," Langer said. "Made a nice birdie on the first, two-putt birdie, and then just struggled there from there on.

"Hit some poor shots, got some really bad breaks, two or three times. Didn't make a lot of putts, didn't hit a lot of real quality shots except some drives. Nice to see one drop in the end and get one closer to the lead."

Who will win The Senior Open? Watch the final round on Sunday from 1pm via the red button and from 4pm on Sky Sports Golf.