Great Britain and Ireland are tied 6-6 with Team USA heading into the final day at the Curtis Cup at Conwy Golf Club in Wales - watch live on Saturday from 9.45am on the Sky Sports Golf YouTube channel 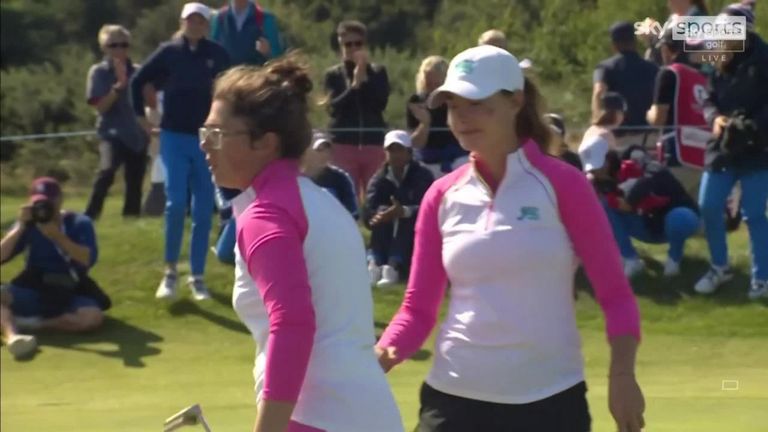 Team USA overturned a three-point deficit on day two of the Curtis Cup to pull the contest against Great Britain and Ireland level heading into the final-day singles.

The visitors, looking to defend their trophy after a dominant 17-3 victory in 2018, came back from 4.5-1.5 down after the opening day to win four and halve one of the six matches on Friday at Conwy Golf Club and tie it up at 6-6 with the home side.

Everything to play for going into Saturday with the scores tied between the two sides 🏆 pic.twitter.com/DPXtj2qCkZ

USA were unbeaten in the morning foursomes, with Emily Toy and Caley McGinty securing a vital half-point for Team GB&Ire in the final match to avoid an American clean sweep and keep the hosts holding a narrow advantage going into the afternoon session.

Rose Zhang and Rachel Heck - the world's top two - saw off Scottish pair Louise Duncan and Darling 3&2, with Rachel Kuehn and Emilia Migliaccio defeating English duo Annabell Fuller and Charlotte Heath by the same margin to reduce the deficit to 5-4.

Kuehn and Castle won the opening match of the fourballs, after going three up after eight holes and then recovering from a mid-round fightback from Duncan and Lauren Walsh to defeat the home duo 3&2.

GB&Ire's only win of the day came from Darling and Fuller, who continued their successful fourball to see off Heck and Kim by 4&3, while Allisen Corpuz carded four birdies in five holes from the third to take control of her and Zhang's match against Toy and McGinty. 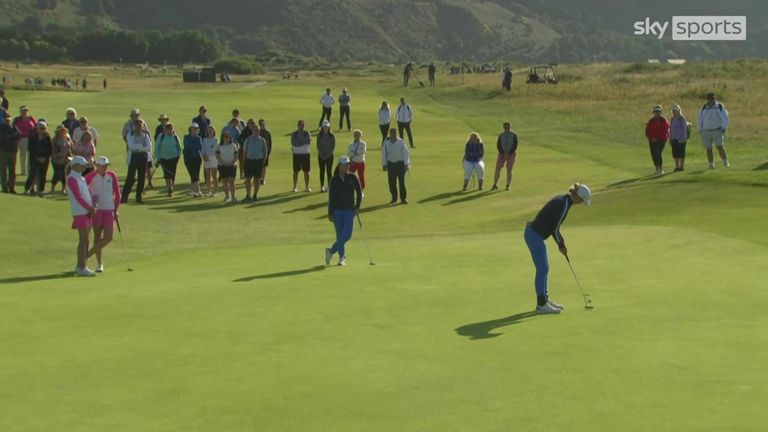 The GB&Ire pairing battled to stay in the match but ultimately Corpuz sealed victory with a lengthy putt from off the green on the 16th, ensuring the contest would be level going into the eight singles matches on Saturday.

"I think today we ham and egged it really well," American captain Sarah Ingram said. "I think it really gave us the confidence to just take a good run at it and we made a lot more than we did yesterday, which definitely helped a lot."